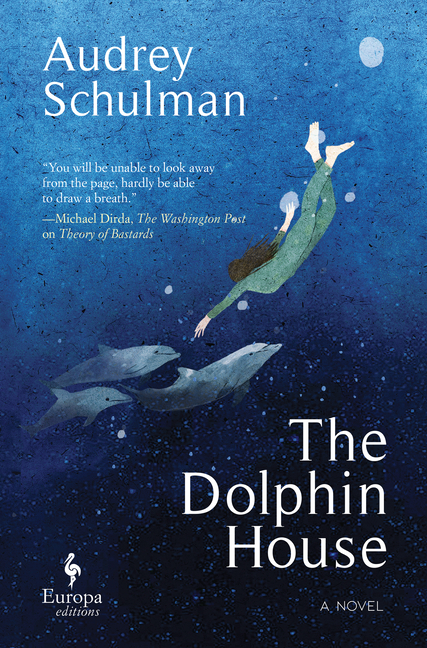 It is 1965, and Cora, a young, hearing impaired woman, buys a one-way ticket to the island of St. Thomas, where she discovers four dolphins held in captivity as part of an experiment led by the obsessive Dr. Blum. Drawn by a strong connection to the dolphins, Cora falls in with the scientists and discovers her need to protect the animals. As the experiment progresses, Cora forges a remarkable bond with the creatures, until her hard-won knowledge clashes with the male-dominated world of science. As a terrible scandal threatens to engulf the experiment, Cora's fight to save the dolphins becomes a battle to save herself.

What The Reviewers Say
Positive Emily S. Wade,
Booklist
Schulman occasionally flashes back through Cora’s life to give readers a fuller picture of the character’s motives, which can sometimes make for a slightly disjointed story. Still, patient readers will enjoy this novel of the human need for connection, conversation, and community.
Read Full Review >>
Positive Kristen Allen-Vogel,
Shelf Awareness
Compelling ... Schulman's signature blend of science and literary fiction is on full display as Cora studies two different sets of minds, the dolphins' and the male scientists ... Readers will admire and feel for Cora as she uses her growing expertise--and her own experience analyzing different types of communication--in a quest to carve out some security for the dolphins and for herself ... Thought-provoking.
Read Full Review >>
Positive Publishers Weekly
Engrossing ... chulman does a good job describing Cora’s experience communicating with her hearing colleagues...and touchingly conveys her bond with the dolphins. This is worth plunging into.
Read Full Review >>
See All Reviews >>
SIMILAR BOOKS
Coming Soon

Take No Names
Daniel Nieh
Positive
What did you think of The Dolphin House?
© LitHub | Privacy