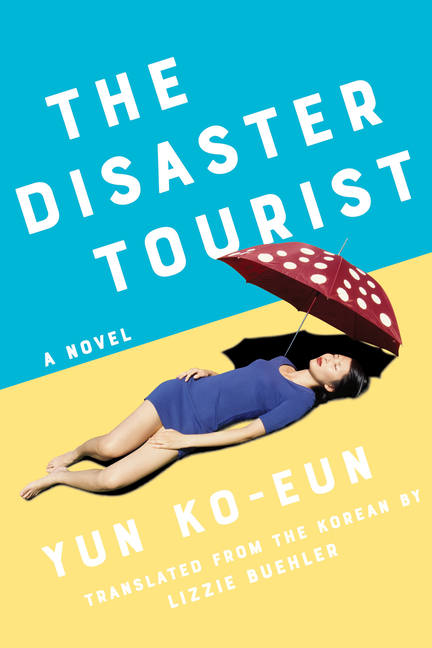 A woman who sells vacations to places that have been devastated by natural and other disasters goes into the field to check out one of her company's least profitable destinations. When she uncovers a plan to fabricate an extravagant catastrophe, she must choose: prioritize the callous company to whom she’s dedicated her life, or embrace a fresh start in a powerful new position?

What The Reviewers Say
Rave Tracy Truffles,
The Nerd Daily
... a very complex and gripping thriller ... I loved this book. It took me by surprise because the plot had such a slow burn to it ... the way it ended was satisfying but the realism made it all the more terrifying too. It had a great mystery and I still don’t fully understand and don’t know if I’ll ever be able to interpret the true meaning out of the various symbols weaved throughout the story. It also amazes me as to how much this book managed to pack in, in under 200 pages of writing ... absolutely fantastic and thought-provoking writing as its best.
Read Full Review >>
Positive Saba Ahmed,
The Guardian (UK)
... another fresh and sharp story about life under late capitalism ... Translator Lizzie Buehler deftly coveys the subtle tonalities of the prose, variously graceful and light...witty and absurd, then suspenseful, even terror-filled. Descriptions of the climactic disaster are flattened and attenuated, becoming strangely euphoric as the narrative focuses on all the anonymous lives shattered, people dispossessed by forces beyond any of the characters’ imaginations. Ultimately, the plot details aren’t always precise enough to convey the complexity of exactly what is at stake, or with whom moral responsibility sits, while a tenuous love story adds another layer of narrative complication. But this is an entertaining eco-thriller that sets out to illuminate the way climate change is inextricably bound up with the pressures of global capitalism.
Read Full Review >>
Positive Declan ODriscoll,
The Irish Times (IRE)
The questioning of any notion of authenticity is central to Yun Ko-eun’s excellent The Disaster Tourist ... intrigue and scheming ... All of this is delivered in what might be said to be a familiar form of Korean writing, known to us now, thankfully, through many translations. An ostensibly detached style, using simple language. A plain rendering of the extraordinary.
Read Full Review >>
See All Reviews >>
What did you think of The Disaster Tourist?
© LitHub | Privacy