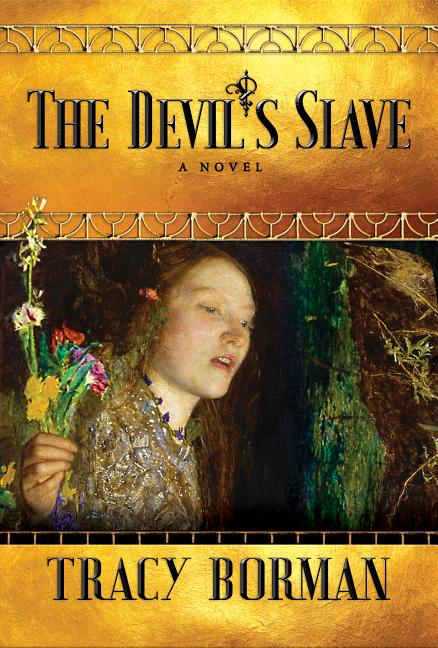 The acclaimed biographer of Henry VIII and Thomas Cromwell returns with the second novel in her historical trilogy set in the early years of the treacherous Stuart reign.

What The Reviewers Say
Positive D.R Meredith,
New York Journal of Books
The Devil’s Slave is gripping historical fiction with a daring character in Lady Frances. One cheers her on in facing down her enemies, but her accepting a part in Catholic plots that will result in nothing less than civil war without reflecting on why she so certain the True Faith is the only bridge to Heaven. In one sense such blind adherence to either one path or the other is common to the period; the lack of tolerance is not considered a bad thing at all. To the modern reader such intolerance is uncomfortable to accept. Nevertheless, however tolerant one may be, Tracey Borman isn’t writing about the modern day; she is creating the past with all its brutality, its strict standards that are circumvented when one thinks it necessary, and its adherence to one religious path or another, also circumvented at a whim. Whether one is comfortable or not with the Stuart era, it existed. And The Devil’s Slave is an account of the period that contains as much fact as fiction.
Read Full Review >>
Positive Margaret Flanagan,
Booklist
Historian Borman picks up the loose threads she deliberately left dangling at the conclusion of The King’s Witch ...the first installment of a Stuart-era trilogy featuring fictional character Frances Gorges playing a major role in the intrigues and machinations of a cast of real-life historical figures ... In an era of political and religious upheaval, there is sure to be a conspiracy lurking around every corner,
Read Full Review >>
Positive Kirkus
After a slow start, the pages turn briskly, apace with Frances’ increasing bravery. Surprising revelations and a cliffhanger prepare us for Volume 3. As Borman’s protagonist grows a spine, she’s starting to grow on us.
Read Full Review >>
See All Reviews >>
SIMILAR BOOKS
Fiction

Act of Oblivion
Robert Harris
Rave
What did you think of The Devil's Slave?
© LitHub | Privacy