The Daughters of Foxcote Manor 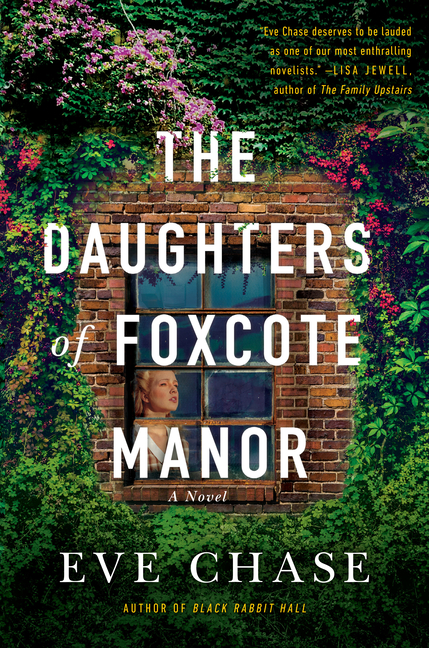 England, 1970. On the one-year anniversary of the Harrington family's darkest night, their beautiful London home goes up in flames. Mrs. Harrington, the two children, and live-in nanny Rita relocate to Foxcote Manor, ostensibly to recuperate. But the creeping forest, where lost things have a way of coming back, is not as restful as it seems.

What The Reviewers Say
Positive BookPage
Set in mysterious and witchy woods, The Daughters of Foxcote Manor is the perfect read for mystery lovers who prefer thrills without gore and violence. Author Eve Chase embarks on a deep character study of two women ... draws its intensity from the secrets of its main characters, and as the summer of 1971 draws to a close, Chase builds a frenetic momentum. The slightly gothic atmosphere of Foxcote Manor and the surrounding woods adds an element of fear to an already fraught environment. While all the violence happens off-page, the galloping pace and dangers faced by both Rita and Sylvie keep this mystery from ever feeling cozy.
Read Full Review >>
Positive Clarissa Harwood,
The Historical Novel Society
A baby abandoned on a tree stump in a remote forest lies at the centre of this enthralling dual-timeline novel. There’s also a murder, an affair, an unhappy adolescent girl, and a fiercely protective nanny ... Chase’s mastery of language is impressive, and her concrete images pack a considerable punch with their freshness and emotional resonance. One image she uses for lovers’ entwined feet is so perfect that I’ll never forget it ... This novel is about girls and women, especially what it means to be a mother, sister, and daughter. I sometimes lost track of identities and relationships because of the large cast of characters, but my confusion never lasted long. A web of intricate threads links characters in both timelines, leading to a satisfying ending.
Read Full Review >>
Positive Kirkus
Toggling back and forth between the events of 1971 and present-day London, Chase deftly constructs a shadowy puzzle born of multiple daughters with tangled connections to the titular Foxcote Manor, lurking in the dense forest ... A delicious mystery full of dark labyrinthine curves.
Read Full Review >>
See All Reviews >>
SIMILAR BOOKS
Coming Soon

On Java Road
Lawrence Osborne
Rave
What did you think of The Daughters of Foxcote Manor?
© LitHub | Privacy