The Dangers of Smoking in Bed: Stories 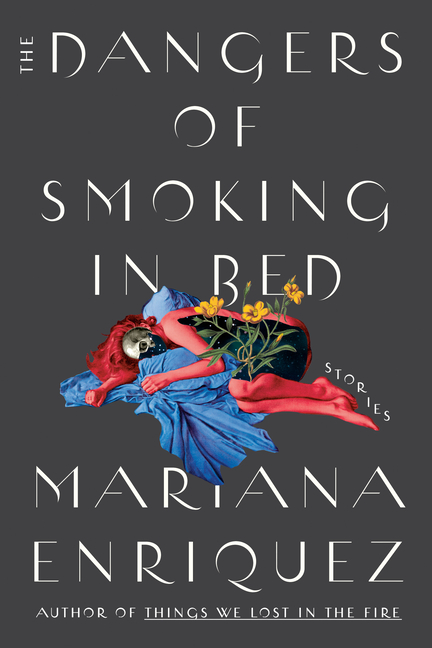 A new collection of singularly unsettling stories by an Argentine author who has earned comparisons to Shirley Jackson and Jorge Luis Borges.

What The Reviewers Say
Rave Chelsea Leu,
The New York Times Book Review
There’s something thrilling about other people’s suffering — at least within this collection’s 12 stories of death, sex and the occult. Horrors are relayed in a stylish deadpan ... Enriquez’s plots deteriorate with satisfying celerity ... Largely it’s insatiable women, raggedy slum dwellers and dead children — those who are ordinarily powerless — who wield unholy power in this collection, and they seem uninterested in being reasonable. And Enriquez is particularly adept at capturing the single-minded intensity of teenage girls ... If some of these stories end vaguely, the best ones close on the verge of some transgressive climax ... To Enriquez, there’s pleasure in the perverse.
Read Full Review >>
Rave MEREDITH BOE,
The Chicago Review of Books
Enríquez again delivers intrigue and brutality ... Stories of spirits and disappearances collectively address the mystery of loss through narratives that are as gripping as they are chilling. The not-quite-horror tales address death while showcasing the intensity and resiliency of the human soul, particularly souls of women ... The title story is the book’s shortest and in just a few pages delivers a tragic glimpse into a lonely woman’s existence. Experiments with fire point to the delicate boundaries of life ... These stories play with reality, questioning the very fabric of the ingrained beliefs and infrastructures that hold us up. They reveal how frighteningly precarious they really are.
Read Full Review >>
Rave Lucy Scholes,
Financial Times (UK)
... the connection between the violence in these pages and that in the country’s past is, by and large, ingeniously oblique ... Although Enriquez writes about a world that’s haunted by the horrors of the past—both the all-too-real incidents of history and the more nebulous menace associated with superstition and folklore—these tales aren’t traditional ghost stories. But she is interested in the way past darkness contaminates the present ... Enriquez pushes into territory that makes most of us uncomfortable ... Well worth any upset they cause, these glittering, gothic stories are a force to be reckoned with, and Enriquez’s talent and fearlessness is something to behold.
Read Full Review >>
See All Reviews >>
What did you think of The Dangers of Smoking in Bed: Stories?
© LitHub | Privacy