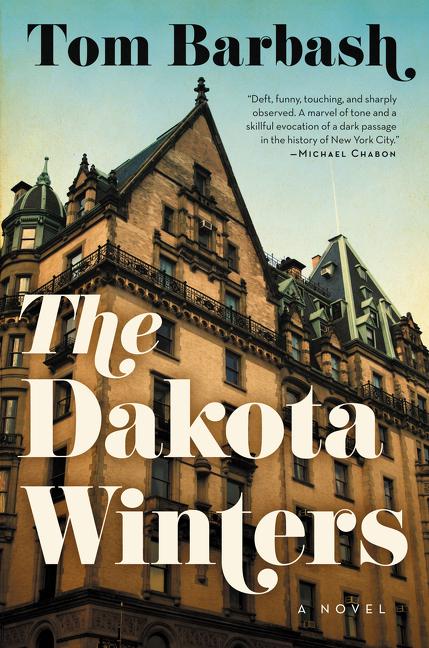 A novel about the Winters, a family living in New York City’s famed Dakota apartment building in the year leading up to John Lennon’s assassination.

What The Reviewers Say
Rave Susan Rieger,
The New York Times Book Review
In The Dakota Winters, Barbash has vividly captured the end times feeling of this period in America and has populated his sad and funny tale with a highly engaging mix of real people and fictional characters who take us to its ordained and dreaded finale, Lennon’s death ... The book’s engine is conversation, used to great effect. Barbash’s characters talk all the time. It isn’t that they don’t act or think; it’s that they act and think out loud—thoughtfully, humorously, movingly ... Barbash has given Lennon a captivating voice, catching his cadences and playfulness, as well as his astuteness ... Barbash has sprinkled The Dakota Winters with Beatle dust. Lennon is alive in its pages.
Read Full Review >>
Rave Donna Seaman,
Booklist
Fleet-footed...brain-whirring ... Punctuated by clever dialogue and crisp social critiques, Barbash’s incisive, funny, and poignant portrait of talented people and a city in flux illuminates the risks of celebrity and the struggle to become one’s true self.
Read Full Review >>
Positive Rayyan Al-Shawaf,
The Star Tribune
Keen and understated ... relies too heavily for tension on the reader’s awareness that an assassin’s bullet will fell Lennon, but allows the rock star some choice observations on the nature of his and his friend Buddy’s status ... Despite its occasional sluggishness, The Dakota Winters retains a stubborn appeal. The reader wants to find out how Buddy’s attempted comeback fares, and what effect the dreaded but inevitable assassination of Lennon has on an emotionally vulnerable Anton.
Read Full Review >>
See All Reviews >>
SIMILAR BOOKS
Fiction

This Other Eden
Paul Harding
Rave
What did you think of The Dakota Winters?
© LitHub | Privacy