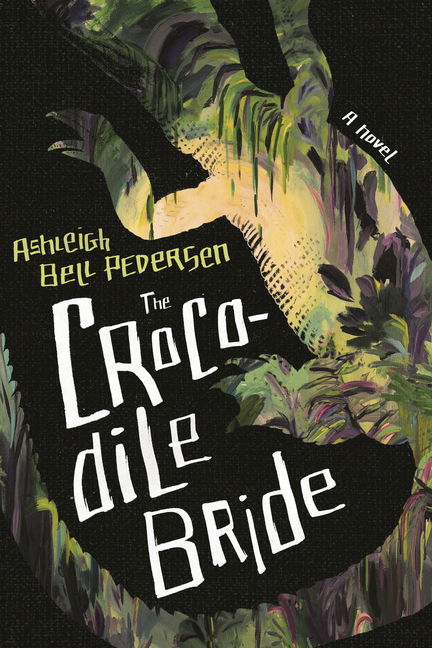 Set during the swampy summer in 1982, this debut novel follows eleven-year-old Sunshine Turner and her troubled father Billy as the secrets of their family’s past swirl around them in the one-road town of Fingertip, Louisiana.

What The Reviewers Say
Rave Jordan Zachary,
The Southern Review of Books
... an immersive work as shimmering with details as it is with mystery ... Deliciously descriptive, Pedersen does not skimp on details in this book ... The novel’s imagery is so striking that it’s easy to fall inside of the details and drink them up, until one becomes a third party floating among the June bugs ... The characters are this story’s shining attraction. All of them are so complex, and their voices so strong, that the piece feels less like a book and more like a memory. Each character is complete on their own, and watching them find their own voices and work through their traumas is extremely cathartic. This extends, especially, to Sunshine. She’s allowed to be a kid, yet her own traumas and issues are not downplayed. All the while, she’s bearing the full brunt of her family’s baggage, too ... the characters themselves bring light, love, and happiness to one another, and to readers. Though there is pain, there is equal parts joy and humanity. Overall, The Crocodile Bride is a very human and intricately constructed novel that should be on bookshelves for years to come.
Read Full Review >>
Rave Anthony Bukoski,
The Star Tribune
Nothing happens in Fingertip. Yet as the novel progresses, everything depends on this humid backwater rich with stories and secrets ... In addition to the novel's literal and figurative meanings, Pedersen adds these historical, ecological and mythological elements. I thought of William Faulkner's southern landscapes, his mythmaking, and of Maine writer Sarah Orne Jewett's wonderful nature story A White Heron with its brave, if naïve, heroine ... Finally, in a novel so rich, so evocative of a place and its people, readers might need to pause occasionally to sort out who is who. I suspect some readers will be put off by the references to bodily functions ... This said, The Crocodile Bride marks an impressive first novel filled with hope, understanding and, ultimately, a tempered forgiveness for the secret things that have happened here.
Read Full Review >>
Positive Fiona Mozley,
The New York Times Book Review
Pedersen skillfully shifts between these tessellating pieces of family history and unfurls unsettling patterns ... Pedersen does well to temper the accumulative dread with the care and camaraderie of Sunshine’s nearby relatives ... Further generations are described compellingly, and Pedersen slots each into the novel’s familiar mold ... a wonderfully evoked place of rot and ruin ... The brackish setting allows for anger, fear, love and despair to all be felt as one. And the author delicately handles the messy union between human culpability and generational damage. That insatiable crocodile might be made of human cruelty, or abject loneliness, redundancies and foreclosures — or a muddy mess of it all.
Read Full Review >>
See All Reviews >>
SIMILAR BOOKS
Fiction

Kaleidoscope
Cecily Wong
Rave
What did you think of The Crocodile Bride?
© LitHub | Privacy