The Council of Animals 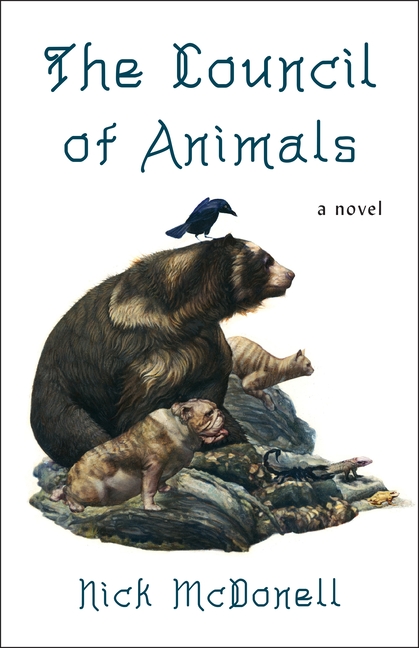 First came the pandemic, then came The Calamity. The few remaining humans are huddled in impoverished villages. The animals, meanwhile, have convened a gathering, each group sending a representative to debate and vote on whether to help the last human stragglers, or to kill and eat them.

What The Reviewers Say
Rave JASON HELLER,
NPR
Although many people view animals as lesser beings, the act of imbuing them with the sentient awareness and social dynamics of Homo sapiens can give us an eye-opening level of disconnect. Animals who act and speak like humans is such an absurd premise, it allows us to poke satirical fun at ourselves — or even recast our flawed heroism in a revealing new light. Nick McDonell's new novel. The Council of Animals, does a little bit of both. And it does so with both horror and heart ... Depending on how you read it, The Council of Animals is either wholly universal or wholly ambiguous in terms of its intended audience ... The book's overall effect, though, beautifully obliterates pigeonholes. The voices of the characters range from charmingly colloquial — in an almost Disney sort of way — to nearly Shakespearean in gravity. And the black-and-white illustrations, which are rendered in haunting sketchiness by artist Steven Tabbutt, don't restate the text as much as they punch up the story's flashpoints ... In a contemporary literary landscape overcrowded with stories about the power of storytelling, McDonell pulls off something better: a story that celebrates storytelling while jabbing the hubris at its core. He makes animals appear more human than the majority of us upright, mostly hairless folks — and that's both lovely and tragic. As an anthropomorphic folktale, The Council of Animals is concise, clever, and wonderfully conceived. As an allegory of the human condition, it's even better.
Read Full Review >>
Rave Julia Kastner,
Shelf Awareness
... witty and compelling ... This story contains both whimsy and life-or-death consequences, charmingly related with humor and sagacity by a narrator ... Steven Tabbutt's deceptively simple illustrations reinforce the storybook impression and advance character development, as when the bear classically addresses a human skull during an existential crisis. While frequently playful, this narrative is not all fun and games: the dog might have PTSD, the baboon has disturbingly dictatorial tendencies and the stakes couldn't be higher. McDonell's clever, lively prose and snappy pacing propels readers onward ... has the feel of a fable, both a romp with sweetly goofy animal characters and a serious and clear-eyed story about the real world and its dangers ... Thought-provoking, captivating, funny, instructive: this is a book for readers who have ever yearned for a little extrahuman wisdom and cheer.
Read Full Review >>
Mixed Lydia Millet,
The New York Times Book Review
... has the feel of a bedtime story spun to entertain, say, a niece or nephew, sprinkled with jokes based on animals’ bodies and sounds; but there are winks and nods for older readers in Easter eggs of punster humor throughout ... In its shape, the novel resembles an O. Henry short story or a movie like Planet of the Apes, with an ironic, dramatic twist at the end that’s not too surprising ... To child readers, this book might seem like all talk and no action, while to adult readers, it may seem too childlike, for The Council of Animals is a replicator, rather than interrogator, of fixed ideas about animals’ subservience to people and their roles as human instruments. Its levity of tone can be read as gentle handling or glib reduction, depending on your taste. For some readers, the story may land as a playful pantomime, meant to be received in that spirit of fun and seasoned with a thoughtfulness that’s broad but not too deep. But for those readers who may be discomfited by the casual use of animal figures as caricatures, and to those who, like me, are compelled by the subjectivity and uniqueness of other life-forms and are acutely anxious about their imminent peril at our hand, the book resonates more like a joke being told in the wake of an untimely death … and in the fleeting moments before the next death occurs ... As diversions for young readers, fiction has near-infinite license for silliness — to critique whimsical child’s literature straight-faced and primly feels foolish, like trying to scrutinize a prancing pink unicorn under a microscope. But since The Council of Animals has been likened to Orwell, though, the critical bar is set higher: McDonell — a journalist with a record of reporting on war and its casualties — clearly wishes to offer us more than child’s fare alone ... But through its inversion of the risks of current human activity — the conceit that human extinction, rather than the mass extinction of others, is the looming specter that haunts our kind — the novel enacts a kind of gamification of the tragedy of loss. This well-intentioned fable returns us once more to the arc of narcissism that has increasingly defined our dominant myths. Other animals and plants are being drastically, swiftly obliterated across the globe and may survive, in many cases, only in captivity or not at all as the coming decades unspool; but still people are the heroes, the villains and the victims in every epic. Why not? The world belongs to us ... Certainly the threat of human extinction, in The Council of Animals, also serves as a metaphor for the disappearance of others — hence the symbolic role reversal. But if all signs point everywhere, why bother to post those signs at all?
Read Full Review >>
See All Reviews >>
SIMILAR BOOKS
Fiction 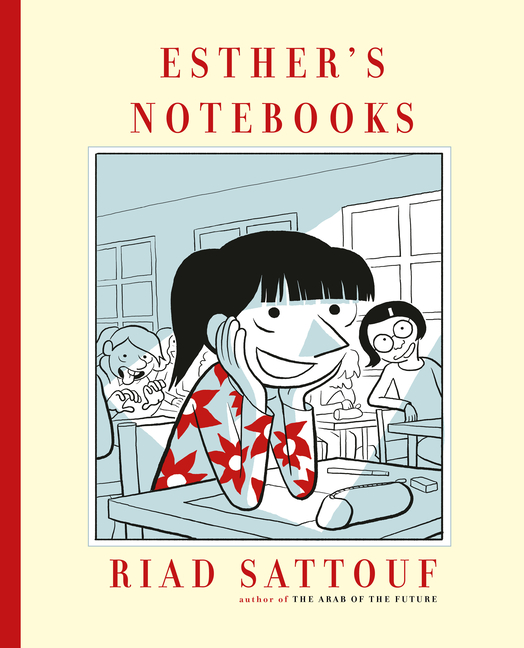 Esther's Notebooks
Riad Sattouf
Rave
What did you think of The Council of Animals?
© LitHub | Privacy