The Conspiracy Against the Human Race: A Contrivance of Horror 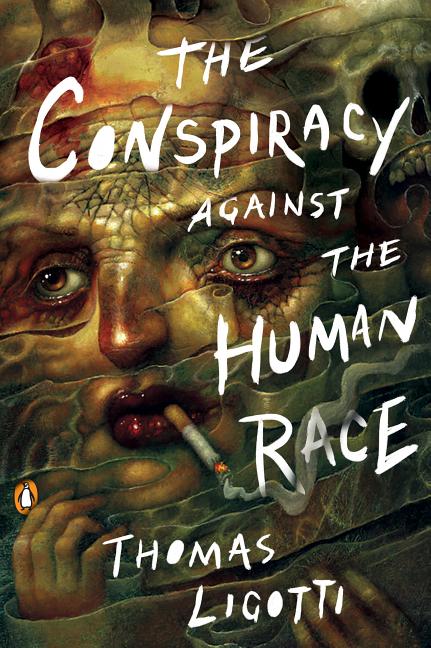 His fiction is known to be some of the most terrifying in the genre of supernatural horror, but Thomas Ligotti's first nonfiction book may be even scarier. Drawing on philosophy, literature, neuroscience, and other fields of study, Ligotti takes the lens of his imagination and turns it on his audience, causing them to grapple with the brutal reality that they are living a meaningless nightmare, and anyone who feels otherwise is simply acting out an optimistic fallacy.
Positive
Based on 4 reviews

What The Reviewers Say
Rave Chris Morgan,
The Millions
Thomas Ligotti has been a 'best kept secret' in literature since he began publishing in the 1980s...a copiously cited, elegantly argued examination. Consider it the literary equivalent of an offbeat wax museum, the kind found off a blink-or-you-miss-it highway exit, with one proprietor and startlingly uncanny tableaus of human ghastliness. Ligotti, with the wit of a decadent and the eloquence of a funeral organ, guides us confidently through the grimmer corners of intellectual and cultural history.
Read Full Review >>
Positive Matthew McGuire,
Rain Taxi
Imagine writing something so profound, so true that the reader could never return to reality. Who could write such a thing?...Because there is no gospel of pessimism, The Conspiracy Against the Human Race is certainly not an evangelical text, but it does provide supreme catharsis to the already converted.
Read Full Review >>
Positive W. Scott Poole,
PopMatters
Much like Ligotti's fiction, The Conspiracy Against the Human Race leaves you not shuddering at what might be under the bed, but asking whether or not it even matters since, as he puts it, 'everything in existence is malignantly useless' ... Readers will find themselves astonished at the extraordinary range of this book ... But there's an important response to Ligotti's claims. He fails to fully engage with the problem of political, as opposed to personal, nihilism ... The Conspiracy Against the Human Race deserves some place in [our cultural] conversation.
Read Full Review >>
See All Reviews >>
What did you think of The Conspiracy Against the Human Race: A Contrivance of Horror?
© LitHub | Privacy