The Consequences of Fear: A Maisie Dobbs Novel 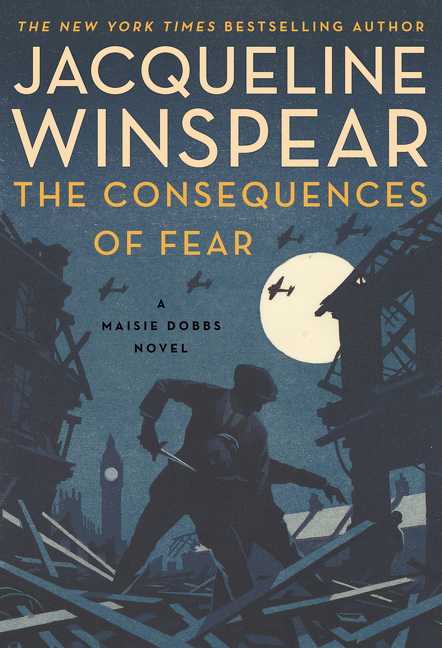 What The Reviewers Say
Positive Carol Memmott,
The Washington Post
... exceptional ... As Winspear grimly describes scenarios playing out in London, she reminds us of people’s ability to endure and carry on ... an intriguing series that entertains and inspires.
Read Full Review >>
Mixed Chris Hewitt,
The Star Tribune
That's gripping stuff and, as always, Winspear finesses the thriller elements without losing sight of the character stuff that readers probably care about most: Even as Maisie is puzzling over the murder, she's also finding a safe place for the boy and his loved ones, who are being hunted by the killer and by Freddie's violent father. Where Winspear isn't as successful is in integrating the bucolic life that dominated a couple of previous novels in the series ... It feels like Winspear is building up to a turning point ... Winspear still offers entertaining insight into midcentury detective work (Maisie capably demonstrates how to search a bomb site and another scene outlines how to respond to an air-raid warning) ... Winspear has gotten Maisie out of and into plenty of jams before so I don't doubt that she's working on compelling new dilemmas, and no one will blame her for granting tragedy-plagued Maisie a novel or two of perfect bliss.
Read Full Review >>
Rave Henrietta Verma,
Booklist
Maisie Dobbs is by now a beloved old friend to Winspear’s loyal readers, who will welcome her sixteenth wartime adventure. The fast-paced tale opens with runner Freddie—one of the boys employed to sprint through the streets of London with messages—witnessing a brutal murder ... Winspear never sugarcoats the horrors of war, and alongside the camaraderie shown by these characters and the Londoners surrounding them she delivers terrible truths that must be endured. More than in previous books, Maisie is growing tired of the constant blows to her circle and the uncertainties of life in wartime, with Winspear successfully showing a more melancholy side to her steadfast heroine. Fans of the series will need no encouragement to try this, and they’ll be thrilled with the ending.
Read Full Review >>
See All Reviews >>
SIMILAR BOOKS
Fiction

The Lamplighters
Emma Stonex
Rave
What did you think of The Consequences of Fear: A Maisie Dobbs Novel?
© LitHub | Privacy