The Conjure-Man Dies: A Harlem Mystery 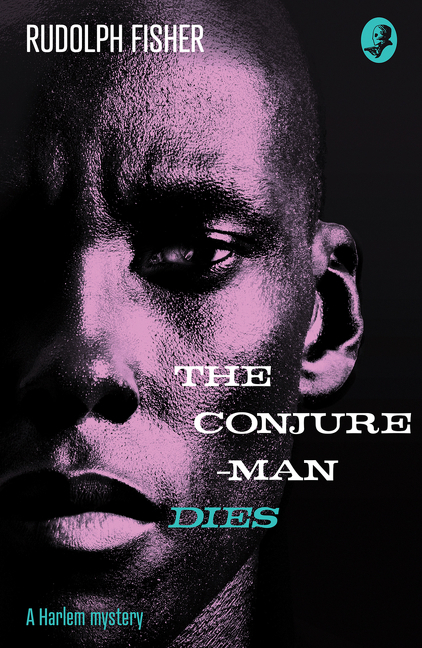 The very first detective novel written by an African-American. A distinguished doctor and accomplished musician and dramatist, Rudolph Fisher was one of the principal writers of the Harlem Renaissance, but died in 1934 aged only 37. With a gripping plot and vividly drawn characters, Fisher's witty novel is a remarkable time capsule of one of the most exciting eras in the history of Black fiction.

What The Reviewers Say
Positive Shannon Miller,
The AV Club
The legacy that underscores HarperCollins’ reprint of the novel last month—as the first-known detective novel penned by an African American author—is a largely posthumous one. The witty thriller, entombed in humor and the spirit of Prohibition-era Harlem, has become a testament to the author’s underexplored potential ... The suspects outfit this mystery with their own potential motives for attempting to murder the fortune teller. Their colorful testimonies work overtime to furnish a story with little action. They also contribute to a portrait of the Harlem Renaissance, the epicenter of Black art, enterprise, and culture. Science, religion, and cultural mythos are as embedded in the world of this story as they were in the era itself ... So it shouldn’t be much of a surprise when some of these perspectives come across as antiquated ... But they’re also honest snapshots of dated ideologies, unfortunate blips within an overall compelling storytelling.
Read Full Review >>
Rave Robert Weibezhal,
Bookpage
The first known mystery novel by an African American writer returns to print, transporting readers to 1930s Harlem ... On its own, however, this trailblazing work of fiction is notable for its depiction of Harlem’s African American society and culture in the 1930s. Its characters are exclusively Black and, most significantly, so are its crime-­solving police detective, Perry Dart, and his forensics expert physician sidekick, John Archer ... With its sharp Harlem rhythms and abundance of wise-talk, one can easily imagine the jaunty black-and-white film that Hollywood might have made of this novel, had Hollywood been interested in making films centering authentic Black characters during the early 20th century. The novel was, however, turned into a play two years after Fisher’s death ... This story hints at what might have come to pass for this Holmes and Watson pairing had its creator not died of cancer, which he likely developed from his professional experimentation with X-rays at his private practice as a radiologist in New York ... now happily welcomed back to its rightful place both in the history of crime fiction and the wider canon of Black literature.
Read Full Review >>
Positive Publishers Weekly
The reissue of this 1932 novel should help Fisher (1897–1934) get the wider acclaim he merits for writing the first mystery novel populated solely by Black characters ... Fisher tosses in plenty of red herrings and subtly planted clues, along with self-referential humor. (At one point, Dart notes that in books, 'It’s always the least likely person.') The clever plot will resonate with golden age fans.
Read Full Review >>
See All Reviews >>
SIMILAR BOOKS
Fiction

The Lamplighters
Emma Stonex
Rave
What did you think of The Conjure-Man Dies: A Harlem Mystery?
© LitHub | Privacy