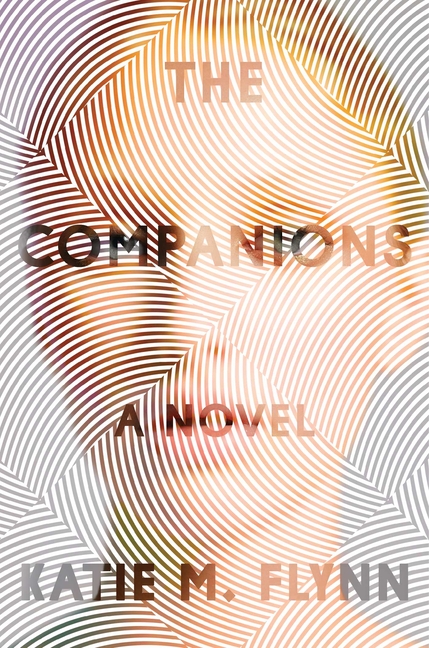 In the wake of a highly contagious virus, a near-future California is under quarantine. Sequestered in high rise towers, the living can't go out, but the dead can come in: These "companions," machines animated with the uploaded minds of former humans, belong to Metis Corporation, representing a new social class without legal rights or true free will.

What The Reviewers Say
Rave Sara Cutaia,
Chicago Review of Books
Flynn’s prose is sparse, but her messages are powerful ... As the story grows more complex, it’s a thought experiment come to life: what would it be like to meet yourself from five years ago? The characters are well-imagined, but the most impressive is Gabe, the spunky, aggressive, grieving girl who we watch grow up over the span of the 20-year arc. She is angry about the virus, angry about being alone, angry that she’s angry. But it’s all justified, and I found myself rooting for her anger and her distrust of even those closest to her. Flynn has done wonders with Gabe’s character, allowing space and time for a girl’s anger to land and be felt. It’s through Gabe’s eyes that we’re most led to question the morality of this world ... The beginning of the novel takes off with some speed, but it sags a bit in the middle. We are meant to feel the jolt of each chapter’s transition to a new character...but it takes some effort to keep up with the crossing timelines and narrative arcs. By the end third, however, there is a charge and a tension that keeps you turning the pages, questioning who is a companion and who is still fully human. The differences begin to dwindle to a point where the reality and the theory blend in a masterful stroke ... Though a quality dystopian science-fiction novel, The Companions’ most compelling aspect is its commentary on the advancement of technology and the root of what powers humanity at its core. It’s an engaging debut with both speculative and literary gems, one we should read and think about now more than ever.
Read Full Review >>
Positive Megan M. Mcardle,
Library Journal
While the worldbuilding might not be robust enough for some sf fans, the strength of this first novel is in the writing and nuanced characters. Through the experiences of people who might no longer be considered fully human, the author thoughtfully explores the nature of humanity.
Read Full Review >>
Mixed Jason Panella,
Pittsburgh Post-Gazette
... a great concept that works well initially, but the interwoven strands start to fray not long into the novel. While Lilac is initially presented as the central character, her importance wanes quickly. This isn’t necessarily a bad thing — this kind of narrative switcheroo has worked wonderfully in other books. Here, though, it feels unwieldy, especially as the additional voices threaten to crowd Lilac out. This is made worse by the monochromatic presentation of these viewpoint characters; you could swap out their dialogue or inner thoughts seamlessly ... As with the onslaught of characters, this effort feels like too much crammed into a small space. There are a lot of good intentions, but the execution is jumbled. While Ms. Flynn’s writing often feels like it’s trying to rush you to the next chapter, it really shines when the plot slows down. It succeeds most in the small moments. This is especially true for the quietly sad ending, which feels perfect.
Read Full Review >>
See All Reviews >>
SIMILAR BOOKS
Coming Soon

The Half Life of Valery K
Natasha Pulley
Positive
What did you think of The Companions?
© LitHub | Privacy