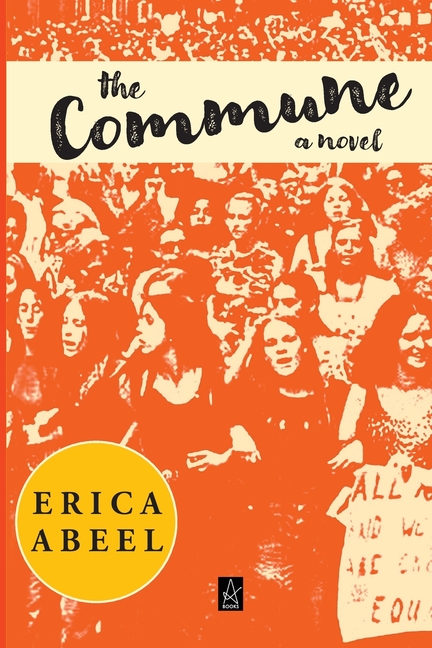 A comic satire that takes readers inside a Hamptons commune populated by the newly liberated women present at the creation of the seminal 1970 Women's March for Equality. The Commune's pioneering feminists can talk the talk, but find themselves whipsawed between the bold new ideals of the women's movement and the powerful tug of the past.

What The Reviewers Say
Positive Nicole Veneto,
The Arts Fuse
... the frenzied clash of egos, gender politics, and cultural agendas in Erica Abeel’s satirical novel The Commune sheds considerable light on today’s dysfunctions. There is little here of the idealized past in which Women’s Lib flourished from a neatly uniform sense of sisterhood ... Abeel forges a critique from inside the feminist matrix, throwing a spotlight on the contradictions and interpersonal discord gestating within the movement, primarily those of class, sexual identity, and political gatekeeping. There is nothing especially groundbreaking or scathingly critical in this farce but, as an example of historical revisionism, it’s a valuable representation of the cultural, political, and class dynamics that animated the Women’s Liberation Movement ... The Commune provides an entertaining way to revisit a crucial moment in feminist history.
Read Full Review >>
Pan Anara Guard,
San Francisco Book Review
This novel about the women’s movement is billed as a comic satire but I found it to be more of a snide, thinly veiled tale of revenge. Told from at least eight characters’ perspectives—but primarily, from Leora’s—it is laden with name-dropping, gossipy dialogue, and rumination, interspersed with a few slapstick scenes, such as a kayak overturning. Nearly all of the characters are spiteful, disparaging of others, unhappy, and disingenuous, and I found it impossible to root for any of them ... while the fictional 'strike' succeeds, this novel does not.
Read Full Review >>
Pan Lynnanne Pearson,
Library Journal
While white heteronormative second-wave feminism of the 1970s is ripe for critique, Abeel’s...satire falls short; any valid insights are lost in the repetitive writing and characters who fail to engage readers’ interest. Nonetheless, those who lived through this era might enjoy the gossipy feel of this tell-all novel.
Read Full Review >>
See All Reviews >>
SIMILAR BOOKS
Fantasy

When We Were Young
Richard Roper
Positive
What did you think of The Commune?
© LitHub | Privacy