The Coming Storm: A Thriller 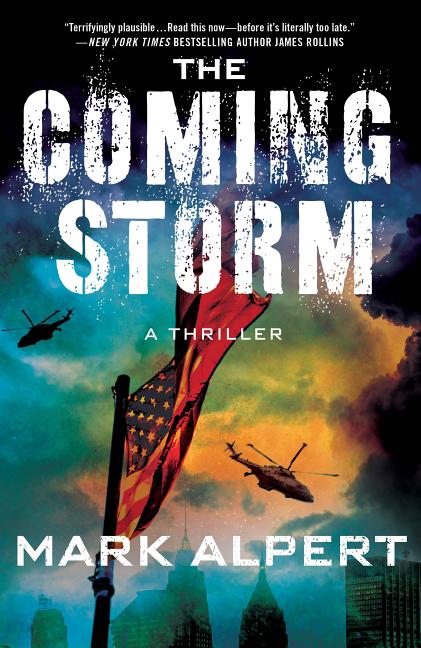 America is on the brink of collapse, devastated by a brutal government trying to silence its citizens.

What The Reviewers Say
Positive Ray Palen,
Book Reporter
Could have been labeled a horror novel as its portrayal of the near future is not that far off from what we can see on our TVs, in the news and on social media every day. Read it at your own risk, and be prepared to have its message seep into your psyche and make for several unsettling nights of sleep.
Read Full Review >>
Positive Jeff Ayers,
Booklist
Alpert’s vision of the end of the world is terrifying on multiple levels and comes across as all too believable. Using his background in science,​ ​Alpert has crafted a tale that begins with the U.S. government ignoring the effects of climate change and then abandoning human rights in a misguided attempt to control the resulting chaos. A frightening apocalypse thriller that is more The Walking Dead than Michael Crichton.
Read Full Review >>
Positive Dave Richards,
Criminal Element
Compelling and exciting ... The pacing is breakneck, which makes for a fun and exciting narrative ... Alpert is clearly upset about what he sees going on in the world. He used that anger to create The Coming Storm; a book that can be enjoyed both as a fun thriller and a powerful piece of futurist fiction about the ethical crises that arise when science and politics collide.
Read Full Review >>
See All Reviews >>
SIMILAR BOOKS
Fiction

The Deceptions
Jill Bialosky
Positive
What did you think of The Coming Storm: A Thriller?
© LitHub | Privacy