The Colors of All the Cattle: No. 1 Ladies' Detective Agency 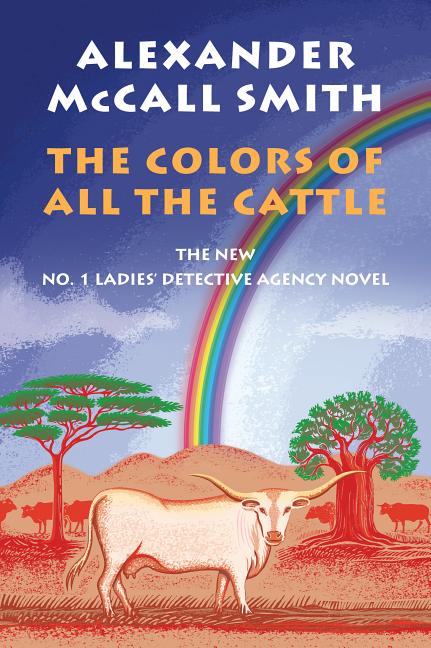 In the 19th installment of the beloved No. 1 Ladies' Detective Agency series, Mma Ramotswe runs for a seat on the Gaborone City Council so that she can oppose developers' plans to build the flashy Big Fun Hotel next to a graveyard. Meanwhile, her mentee Charlie volunteers to be the lead investigator in a hit-and-run case to prove he's ready to be more than an apprentice.

What The Reviewers Say
Rave Frances McNamara,
New York Journal of Books
For fans of the series, the new book doesn’t disappoint ... Very different from the shoot ’em up, grand thrillers about tough men that are so popular these days, The Colors of All the Cattle and the other books in the No. 1 Ladies Detective Agency series are quieter and slower. But they are in many ways more realistic and more satisfying than thrillers or even other 'cozy' mysteries. The new book is an easy comfortable read that still manages to bother you with dilemmas and also delight you with clever conclusions. It provides an engaging trip into a world that is simpler and warmer than the one you leave behind. It is another romp in Precious Ramotswe’s 'beloved Botswana bush' that fans of the series will not want to miss.
Read Full Review >>
Positive Connie Fletcher,
Booklist
For fans of the No. 1 Ladies’ Detective Agency series, there can be no prospect more delightfully chilling than a face-off between Mma Precious Ramotswe, owner of the agency and solver of people’s problems, and Violet Sephotho, man-stealer, cheat, schemer par excellence, and longtime rival of Precious’ assistant, Mma Makutsi ... New readers may find this latest in the series a bit digressive, with characters’ dialogue and thoughts sometimes seeming like filler. Still, the campaign gives the tale needed focus and bite, and McCall Smith slides in intriguing glimpses of a troubled Botswana, including the sobering fact that women who work the mines often must give up their children to the orphanage. A lesser light in a series that still shines very brightly.
Read Full Review >>
Positive Kirkus
Readers familiar with this venerable series...will know that the race will be run in McCall Smith’s own patented tempo. But it bears all the quiet weight they’d expect before reaching a particularly appropriate ending.
Read Full Review >>
See All Reviews >>
SIMILAR BOOKS
Fiction

The Devil Takes You Home
Gabino Iglesias
Positive
What did you think of The Colors of All the Cattle: No. 1 Ladies' Detective Agency?
© LitHub | Privacy