The Children of Harvey Milk: How LGBTQ Politicians Changed the World 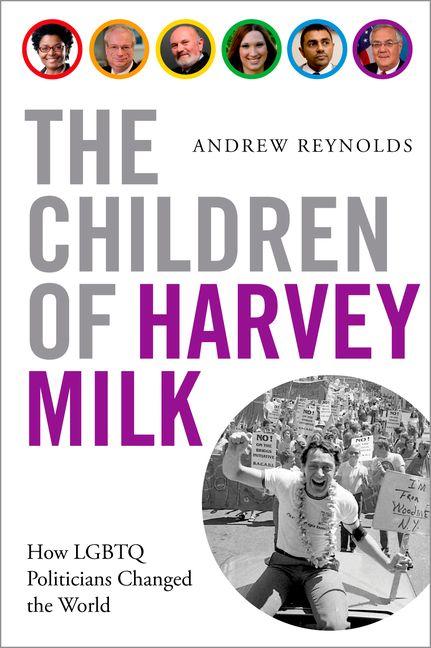 Part political thriller, part meditation on social change, part love story, The Children of Harvey Milk tells the stories of courageous men and women around the world who came forward to make their voices heard during the struggle for equal rights.

What The Reviewers Say
Positive Lew Whittington,
The New York Journal of Books
Reynolds’ investigative analysis is a prescient reality check ... a vital almost up to the minute barometer of where LGBTQ civil and human rights stand ... [Reynolds’] style is one based on meticulous research and thorough sourcing that is a bit heavy at times, but this is vital documentation of the gay civil rights movement in our perilous times. That it comes out on the 40th anniversary of Harvey Milk’s death honors the work of a transformational politician and testament to his enduring legacy.
Read Full Review >>
Mixed Dennis Altman,
The Gay and Lesbian Review
Refreshingly ambitious in its global scope, even if its examples are almost entirely drawn from the English-speaking world ... reads as a strange amalgam of journalism and political science, not quite succeeding as either ... an engrossing set of journalistic pieces that shows a remarkable lack of interest in the political movements and cultural changes that created the world in which it is possible to elect openly gay political leaders.
Read Full Review >>
Positive Kirkus
Despite the title, readers will find little about Harvey Milk (1930-1978) himself ... Peppering the book with interesting little details—such as transgender poster child Sarah McBride stealing a french fry from the author’s plate—Reynolds nicely textures his deftly researched academic book with a warm human touch ... Illuminating political and social history.
Read Full Review >>
See All Reviews >>
What did you think of The Children of Harvey Milk: How LGBTQ Politicians Changed the World?
© LitHub | Privacy