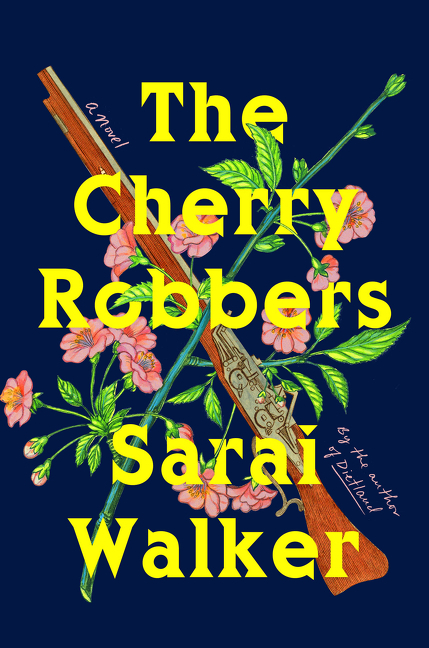 Iris Chapel and her five elegant sisters, all of them heiresses to the Chapel firearms fortune, live cloistered in a lavish Victorian mansion. They long to escape the eerie fairy tale of their childhood and move forward into the modern world, but for young women in 1950s Connecticut, the only way out is through marriage. Yet it soon becomes clear that for the Chapel sisters, marriage equals death. When the eldest sister walks down the aisle, tragedy strikes. The bride dies mysteriously the very next day, leaving her family and the town in shock. But this is just the beginning of a chain of disasters that will make each woman wonder whether true love will kill her, too. Only Iris, the second-youngest, finds a way to escape—but can she outrun the family curse forever?

What The Reviewers Say
Positive Pamela Kramer,
Bookreporter
To say that this is a dark book is a gross understatement ... The symbolism of the daughters' names is apparent and powerful ... While this novel is certainly not about abortion per se, it's clearly about the loss of control that women have suffered through, often with fatal results and always with psychological harm. If a woman dares to experience emotions that aren't in line with those of her husband's or society's, the simple and expedient solution is to have her committed to a sanatorium. For her own good, of course. It's not a coincidence that the only women who survive to any degree are those who really aren't interested in men at all. Walker's premise is powerful and horribly depressing.
Read Full Review >>
Positive Elyssa Everling,
Library Journal
Part gothic ghost story and part coming-of-age tale, Walker’s epic novel has a modern feminist spin.
Read Full Review >>
Rave Stephenie Harrison,
BookPage
With The Cherry Robbers, Walker has concocted another slyly subversive feminist fable, this time in the form of a grief-laced gothic thriller that takes on weighty topics such as marriage, women’s health and generational trauma ... Exquisitely tense and satisfyingly spooky, The Cherry Robbers masterfully blends psychological and supernatural horror. In sensual yet spritely prose, Walker conducts a darkly erotic exploration of female desire, duty and destiny via an ensemble of nuanced female characters, each with distinct personalities and rich inner lives. Readers know the grisly fate that awaits the Chapel girls, but Walker still manages to maintain a high degree of suspense and intrigue that will keep readers frantically flipping pages ... For fans of Diane Setterfield and Shirley Jackson, as well as readers who relish multilayered, thought-provoking family sagas, The Cherry Robbers is not to be missed.
Read Full Review >>
See All Reviews >>
SIMILAR BOOKS
Coming Soon

Fellowship Point
Alice Elliott Dark
Rave
What did you think of The Cherry Robbers?
© LitHub | Privacy