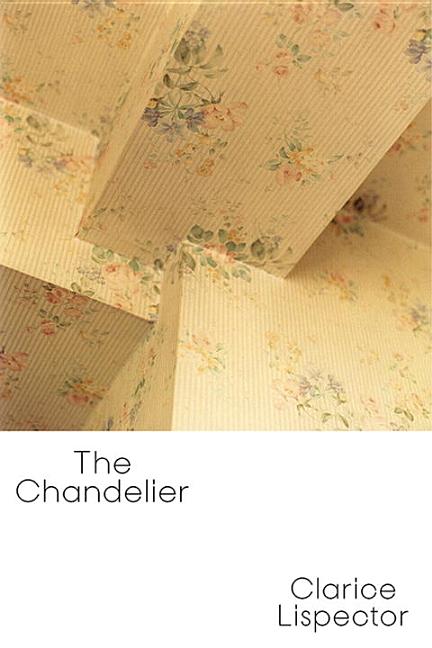 The iconic Brazilian writer's 1946 second novel, translated into English for the first time, is the story of two siblings and the secrets that bind them together.

What The Reviewers Say
Rave Lily Meyer,
NPR
It's a shaggy stop-motion masterpiece, plotless and argument-less and obsessed with the nature of thought. Virgínia, the protagonist, floats through the world like Emerson's transparent eyeball, taking everything in and trying desperately to put together an idea coherent enough to let back out ... the energy level of The Chandelier is so high it's close to unsustainable. Every page vibrates with feeling. It's not enough to say that Lispector bends language, or uses words in new ways. Plenty of modernists do that. No one else writes prose this rich ... Reading The Chandelier requires a high level of acceptance, in the way that poetry does. Acceptance, and also humility. You can't expect to understand it all, and Lispector warns you not to try.
Read Full Review >>
Positive Parul Sehgal,
The New York Times
No one sounds like Lispector — in English or Portuguese. No one thinks like her. Not only does she seem endowed with more senses than the allotted five, she bends syntax and punctuation to her will. She turns the dictionary upside down, shaking all the words loose from their definitions, sprinkling them back in as she desires (along with a few eyelashes, toast crumbs and dead flies) — and doesn’t the language look better for it? ... But The Chandelier is uniquely demanding — it’s baggy, claggy and contentedly glacial. We get interior monologues and barometric readings of the drifting mood of a young, unhappy woman named Virginia. Paragraph breaks are few; chapter breaks are nonexistent ... If the pages of The Chandelier are so thickly lacquered with description, streams of adjectives and looping repetition, it’s because Lispector is flexing, coming into her power. She’s playing, she’s practicing. These pages are full of finger exercises, arpeggios of thought and perception ... The Chandelier might best be understood as a bridge in Lispector’s work. But even so, it conveys a special charge, an undeniable quantity of genius.
Read Full Review >>
Rave Nathan Goldman,
The Nation
The Chandelier rivals The Passion According to G.H. and Água Viva for sheer meditative intensity, but it differs from them in its narrative scope. More than any of these other works, The Chandelier unites Lispector’s narrative and anti-narrative impulses: It traces the path of Virgínia’s life, yet the seductive flow of its prose takes primacy over the articulation of a conventional story line ... The reader comes to feel as if the moments of narrative action are themselves interruptions of the real drama: the flow of the world’s hidden vital force ... What The Chandelier lacks in the narrative complexity and self-questioning that characterize Lispector’s later work, it makes up for in sincerity, ambition, and utter devotion to language’s possibilities.
Read Full Review >>
See All Reviews >>
SIMILAR BOOKS
Fiction

A Shock
Keith Ridgway
Rave
What did you think of The Chandelier?
© LitHub | Privacy