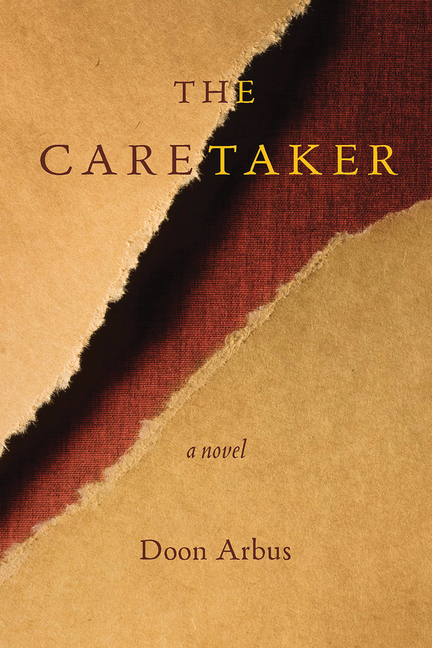 Following the death of a renowned and eccentric collector―the author of "Stuff", a seminal philosophical work on the art of accumulation―the fate of the privately endowed museum he cherished falls to a peripatetic stranger who had been his fervent admirer.

What The Reviewers Say
Rave Rob Madole,
Ploughshares
... shrewd, enigmatic...What makes The Caretaker so immensely pleasurable to read is the artistic talent Arbus shares with her mother. They both possess an unusual species of attention, a manner of looking marked by a bemused, impartial curiosity. They insist on letting subjects—and objects—speak for themselves ... Everything is chronicled with such minute precision that they begin to feel alive ... The scrupulous, almost photographic exactitude of these lists, together with their meticulous attention to detail, sacralizes the objects in question, giving them their own kind of perilous agency ... In someone else’s hands, such an approach might come across as ponderous, but Arbus’s writing is uniformly tight and focused, rendered with a light, amusing touch. The Jamesian quality of her prose extends to the book’s pleasantly gothic atmosphere, reminiscent of The Turn of the Screw. Architecture is a character. Windows are often rain-splattered. The weather is perpetually gray ... The experience of reading The Caretaker feels like a visit to the Morgan Foundation might feel, or like flipping through a book of Edward Gorey drawings on a dreary afternoon. One basks pleasantly in the melancholy ... an enigmatic and necessary book, especially for those conflicted about the physical detritus accumulated over the course of a life.
Read Full Review >>
Mixed James Butler Gruet,
The Cardiff Review
The Caretaker succeeds as a kind of critical fable, bridging her particular perspective with a generalized sense of alienation and material dissatisfaction ... There’s a ringing prescience to the book’s philosophy that feels precisely contemporary. Curation is an obligation that’s crept up on us. Isolation and ceaseless data have made caretakers of us all, shut-in keepers of playlists and timelines, quarantined arrangers of meaningless objects. As such, The Caretaker acts as an analogue telling of our virtual predicament ... If this pederasty plot element seems to come out of left field, it’s because it does. And unless I’m misreading something, it basically returns to left field, not fully resolved by the book’s end ... a book steeped in its own noticing and fondling of objects and their particularities, and the dark associations that arise from considering these objects.
Read Full Review >>
Mixed Andrew Stuttaford,
New Criterion
In reading the early portions of this book, my guess was that the caretaker, a Bartleby who had finally found something he would rather, was going to be absorbed into the museum ... not necessarily healthily, not necessarily uncomfortably, perhaps even literally ... Sadly, by the time this glorious catalogue brings joy to the page, the order, however offbeat, that it represents is fracturing, undermined by the combination of the machinations of a changed board with no time for it (the widow has sunk into dementia) and, partly in response, by the actions of the caretaker. His struggle to champion what has possessed him transports both the caretaker and this story to a place where I was no longer sure quite what it was that I was reading ... Almost from its very beginning The Caretaker had strayed far beyond the alternate reality necessary to any novel. But before it arrives at its enigmatic yet oddly poignant conclusion, Arbus takes the narrative into a realm where hallucination, perhaps, a trace of the supernatural, just maybe, and obsession, undoubtedly, are the only keys to the riddle that she, no mean trickster, has conjured up. And it is made even more disorienting by Arbus’s distinctive voice, calm, wry, deadpan amid absurdity, and yet capable of lyricism at unexpected moments.
Read Full Review >>
See All Reviews >>
SIMILAR BOOKS
Coming Soon

Victory City
Salman Rushdie
Rave
What did you think of The Caretaker?
© LitHub | Privacy