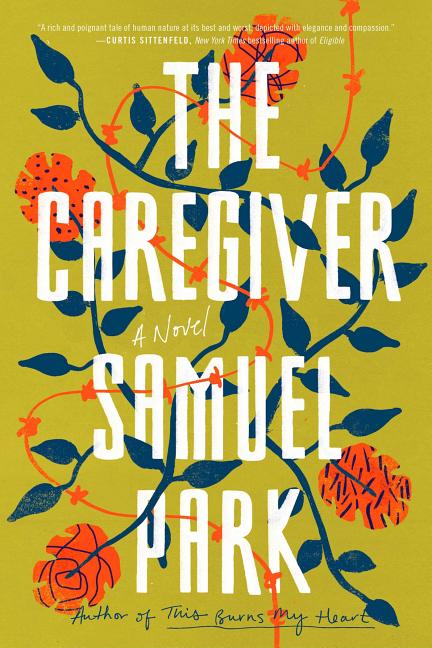 A novel about a young Brazilian woman arrives undocumented in Los Angeles, where she becomes a home caregiver for a patient dying of cancer who dredges up painful memories of her mother.

What The Reviewers Say
Rave Catherine Rubino,
20SomethingReads
Park delivers an honest and intricate story in the frame of a dynamic mother-daughter relationship. The bond between Mara and Ana is evident in every chapter. It is this sacred bond that creates such inner conflict for Mara and makes it difficult for her to forgive many of the choices Ana made. While the storyline jumps from past to future, Park vividly sets the scene in each location, seamlessly bringing the reader along Mara’s journey ... a brilliantly entwined work of art that illustrates the bonds that hold us together, proving there is nothing more pure than the love of a caregiver.
Read Full Review >>
Positive Rosa Inocencio Smith,
The Atlantic
Samuel Park’s new novel, The Caregiver, is a study in fragility: that of bodies, of boundaries, and of identity itself ... At the same time, the novel reveals how both giving care and receiving it can be ways of affirming a person’s individual worth ... Park’s prose is simultaneously dreamlike and visceral ... the lines between people and objects, the physical and the intangible, are blurred—giving the sense of a world that is constantly in transition, and that could change shape at any moment ... The work of a caregiver, then, is not merely depleting, but also an act of transference: a gift of care, that the receiver can give back and give to others. A gift—in the fragile, constantly shifting world of Park’s novel—that can always be called and counted upon, though the relationships surrounding it change.
Read Full Review >>
Positive Kathleen Rooney,
The Chicago Tribune
The story that Park tells here, fittingly, is free of pity, but full of compassion. And while it is not essential that a reader know that Park’s own background involves both distinct settings and that he himself met an early end from the same disease that he gives to one of his main characters, that knowledge undeniably adds an extra layer of interest and pathos to an already moving novel ... Less convincing are some of the splashy, soap operatic plot twists that Park puts in as the book goes on — convenient coincidences, an expedient fainting spell — sacrificing characterization and plausibility in favor of utilitarian occasions for secrets to be revealed. In fairness, these decisions do keep the pages turning, but at times they feel rushed and make the reader long for more quiet moments ... Park’s book leaves readers with a chance to think seriously and directly about some of the worst things that can happen, a chance that feels even more rare and grave now that the author is permanently gone.
Read Full Review >>
See All Reviews >>
SIMILAR BOOKS
Fiction

Each of Us Killers
Jenny Bhatt
Rave
What did you think of The Caregiver?
© LitHub | Privacy