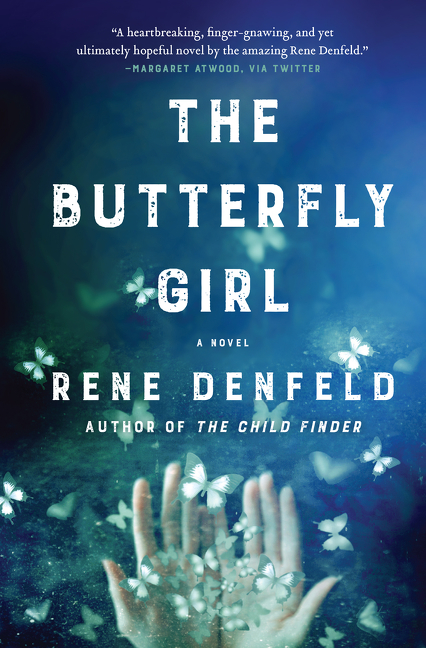 After making a promise that she would not take another case until she finds her younger sister in The Child Finder, Naomi―the investigator with an uncanny ability for finding missing children―returns, trading snow-covered woods for dark, gritty streets in a city where young, homeless girls have been going missing and turning up dead.

What The Reviewers Say
Positive Ivy Pochoda,
The New York Times Book Review
The book is a quieter affair than its white-knuckled predecessor, more concerned with personal loss and emotional damage than with the spate of murders claiming the lives of the displaced youths at its center ... For the majority of the novel, Denfeld relegates the killings to the background, employing them as a low-frequency current that underscores the everyday horrors as well as the surprising instances of beauty of life on the streets. Murder is just another risk of being young, homeless and alone; and yet Celia feels safer on the streets than she does at home, with her opioid-addict mother and her stepfather, who was acquitted of molesting her. She seeks refuge in the public library, where she immerses herself in a fantasy world of butterflies ... Celia’s reliance on this haven is convincing, but Denfeld overdoes the metaphor ... Denfeld spells it out instead of trusting the reader to make sense of Celia’s need to rewrite the nightmare of her circumstances ... Denfeld summons the lives of abandoned girls in frank, matter-of-fact detail, never glossing over the filth or violence or the myriad ways in which society lets them down. But ultimately The Butterfly Girl is a crime novel with a murderer on the loose. In the final pages, Denfeld speeds up the narrative, creating a propulsive denouement that brings Naomi and Celia together and will satisfy adherents to the conventions of the genre.
Read Full Review >>
Rave Urban Waite,
The San Francisco Chronicle
... not a novel to shy away from dark places or dark subject matter. Rather, it runs toward both ... It is clear from the opening that Denfeld has some expertise with the subject of homeless children, pointing out the difficulties and legalities of sheltering minors ... But for all Celia’s parallels to Naomi’s sister, Celia is her own being with her own troubles. She is captivating in both her world-weary view of life and her innocence in a harsh landscape ... Denfeld is a talented writer, and The Butterfly Girl is certainly a work of compassion. In a lesser writer’s hands it might not ring as true, but Denfeld guides the reader through dangerous streets, beneath piss-stained overpasses and then back out into a world there seems to be little respite from. It is marvelously done, and Denfeld’s characters are all the better for it. They are human in the best sense of the word — humorous, loving, scared and easily rooted for.
Read Full Review >>
Rave Cyndi Larsen,
Library Journal
Denfield’s writing is like lyrical poetry, with every word captivating. Add to this an amazing mystery, a plethora of suspense, and an ending that exceeds all expectations, and we have another 5 star book. For fans of What She Knew by Gilly Macmillan and Love You More by Lisa Gardner.
Read Full Review >>
See All Reviews >>
SIMILAR BOOKS
Fiction

Before She Disappeared
Lisa Gardner
Rave
What did you think of The Butterfly Girl?
© LitHub | Privacy