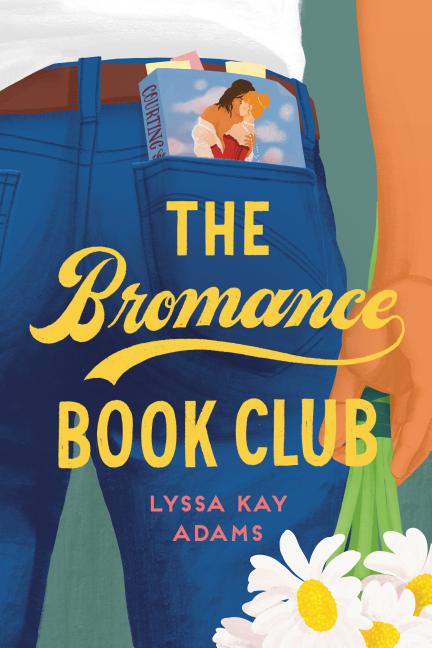 What The Reviewers Say
Positive Amanda Diehl,
BookPage
Lyssa Kay Adams hits a home run ... The setup may seem farfetched, but it’s too charming to resist ... Readers who enjoy a heartfelt second-chance romance, especially between a married couple, should get their hands on this book immediately ... Adams creates a cringe-worthy look at modern romance with Gavin being too busy and Thea being too exhausted to do more than just go through the motions. It feels a little too real in the best way possible ... truly a novel for dedicated romance fans. Readers will be delighted at all of the meta winks and nudges to the genre we love so much. I can’t wait to see what the Bromance Book Club will read next and how it’ll help shape their next happily ever after.
Read Full Review >>
Positive Amy Alessio,
Booklist
There’s plenty of humor in Adams’ modern take on Cyrano de Bergerac, though both Gavin and Thea have to acknowledge their past mistakes and make changes before they can move forward. The supporting cast is as interesting as the struggling couple, including their precocious daughters, Thea’s sister, and Gavin’s clever friends. Readers will look forward to more books in the Bromance Book Club series after this promising start.
Read Full Review >>
Positive Evelyn North,
All About Romance
... great fun – a sweet, easy read spiced with some hilarious scene ... one of the funniest books I’ve read this year. Turns out it’s pretty hilarious reading about alpha men reading (and studying) romance novels, and the author does a wonderful job writing the scenes with the book club members. Ms. Adams deftly interweaves chapters from Courting the Countess into the story so we get to see Gavin’s reactions to a regency romance and his attempts to mimic some of the hero’s moves. It’s funny stuff ... The book is not without some flaws. For one, the twins can only be about two-and-a-half and yet, their speech is much more like that of four- or five-year-olds. I was also disappointed that Thea never took responsibility for her part in her and Gavin’s bedroom issues. It’s 2019 and she should have spoken up right away and done some coaching of her own ... Flaws and all, it was still a fun, clever story that I’m delighted to recommend. There are more stories to come from The Bromance Book Club series and I’ll be picking those books up too!
Read Full Review >>
See All Reviews >>
SIMILAR BOOKS
Fiction

The Lost Love Song
Minnie Darke
Rave
What did you think of The Bromance Book Club?
© LitHub | Privacy