The Bright and Breaking Sea 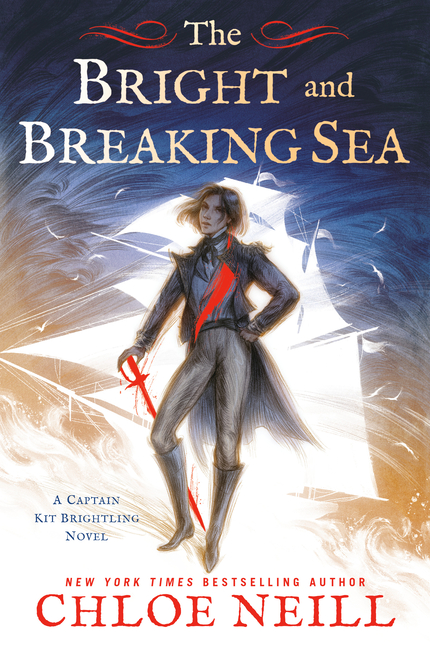 Kit Brightling, rescued as a foundling and raised in a home for talented girls, has worked hard to rise through the ranks of the Isles' Crown Command and become one of the few female captains in Queen Charlotte's fleet. Her ship is small, but she's fast--in part because of Kit's magical affinity to the sea. But the waters become perilous when the queen sends Kit on a special mission with a partner she never asked for. Chloe Neill brings a wild sense of adventure to this seafaring fantasy novel starring a dauntless heroine in a world of magic and treachery.

What The Reviewers Say
Rave Laura Hubbard,
BookPage
The Bright and Breaking Sea acts as an effective shot across the bow to introduce Chloe Neill’s latest series. Set in the aftermath of a fictionalized version of the first Napoleonic war, it’s full of comfortable tropes that Neill twists into something more complex ... The Bright and Breaking Sea is a rollicking book full of seafaring intrigue and fun from beginning to end. More Charlie Holmberg’s Paper Magician than Patrick O’Brian’s Master and Commander, it’s a light, thoughtful and occasionally thought-provoking book that focuses on relationships and internal struggles more than naval battles. For readers who love dialogue-heavy, character-driven fiction, this is a perfect fall read. Just be prepared to be heartbroken when the story (temporarily) ends.
Read Full Review >>
Rave Suzanne Krohn,
Shelf Awareness
With The Bright and Breaking Sea, Chloe Neill launches a high-stakes-on-the-high-seas historical fantasy series full of political intrigue, naval battles and well-drawn characters ... Neill drops readers directly into the action with a daring escape aided by heroine Captain Kit Brightling's water magic ... The action is continuous, with brief stops along the way ... The Bright and Breaking Sea pits Kit Brightling and her crew against misused magic, cannons and traitors in an adventure that doesn't let up. Readers will be eager for the next installment.
Read Full Review >>
Rave Publishers Weekly
Neill’s creative reinterpretation of the Napoleonic Wars is diverse and gripping, and the growing bond between the well-matched Kit and Grant is sure to conquer readers’ hearts. Readers will be eager to see where Kit’s next adventure will lead.
Read Full Review >>
See All Reviews >>
SIMILAR BOOKS
Fantasy

The Last Watch
J S Dewes
Positive
What did you think of The Bright and Breaking Sea?
© LitHub | Privacy