The Bramble and the Rose: A Henry Farrell Novel 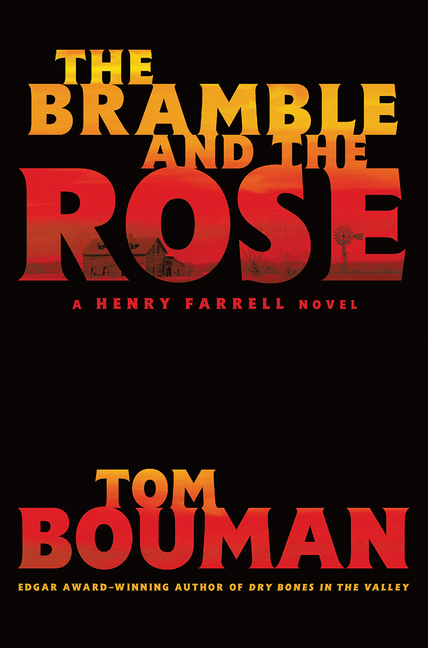 Publisher
W. W. Norton & Company
Date
March 10, 2020
A headless stranger is found in the woods of Wild Thyme, a small town in the Endless Mountains of Pennsylvania. All signs point to a man-killing bear, but doubts arise when Officer Henry Farrell discovers the victim was a retired investigator. Before Henry can find answers, his own nephew disappears into the hills. Then an old flame dies under suspicious circumstances, leaving Henry as the prime suspect. Torn between protecting his family and clearing his name, Henry fights to protect the most he’s ever had to lose.

What The Reviewers Say
Rave The Wall Street Journal
The Bramble and the Rose has animal-hunting sequences to rival those of William Faulkner and hand-to-hand combat struggles as tense as any depicted by Ron Rash or Daniel Woodrell. Mr. Bouman writes like a poet, whether describing an autumn landscape or a bear autopsy or a man in a midlife crisis. As the tale moves to a close and its storylines converge, Farrell’s personal dilemmas resolve in a burst of grace worthy of the mystery of life itself.
Read Full Review >>
Rave Joe Hartlaub,
Bookreporter
The Bramble and the Rose is a dark, blinding joy to read. Author Tom Bouman writes neither long nor frequently; when he does, he makes every sentence --- every word --- count. This newly published work, the third entry in his series, is impossible to put down when you start reading it and impossible to forget when you are finished ... Farrell has a life outside of law enforcement, and Bouman’s delicate and elaborate construction of this, which is beautifully described here, is as interesting as the quietly riveting murder investigation ... beautifully conceived and written from beginning to end. I do not know if there will be another Farrell novel, but it is my fervent hope that Bouman will revisit Wild Thyme, its inhabitants and the surrounding environs frequently and, if possible, often.
Read Full Review >>
Mixed Don Crinklaw,
Booklist
Bouman’s rural noir boasts a tantalizing premise but has difficulty sorting out the thriller component from the more ruminative literary elements ... After the intriguing opening, we get a long account of a wedding. A gripping interview with the medical examiner is followed by five pages of Farrell jawing on Mom and Dad’s porch. Some readers will savor the low-key prose that rises effortlessly to big moments. Others will wish there were more of those moments and less jawing.
Read Full Review >>
See All Reviews >>
What did you think of The Bramble and the Rose: A Henry Farrell Novel?
© LitHub | Privacy