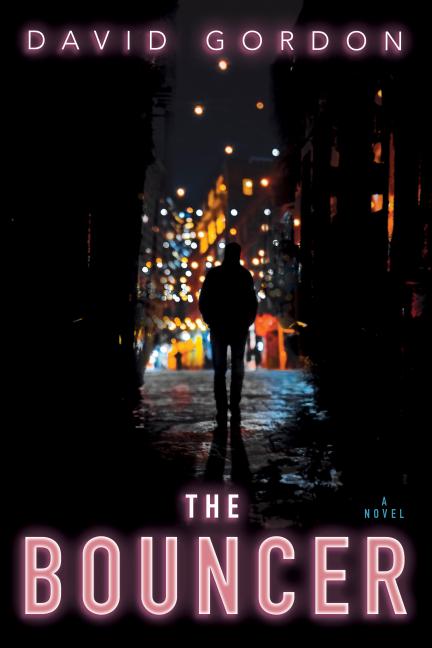 In this riotous caper from Edgar Award finalist David Gordon, the CIA, FBI, and nearly every level of organized crime collide with a singularly evil domestic terrorist and a reluctant bandit known by all as "Joe the Bouncer."

What The Reviewers Say
Rave The Associated Press
In David Gordon’s diabolically imaginative new thriller, The Bouncer, nothing and no one is as expected ... Beneath it all lurks a sinister criminal mastermind whose manipulations could cause chaos on a massively violent scale. For readers who like a heavy dose of fun with their murder, this is crime fiction at its freshest, from a virtuoso of the 'darkly comic, stylish literary thriller.'
Read Full Review >>
Positive Marilyn Stasio,
The New York Times Book Review
If you can overlook the high body count, The Bouncer...is a brilliantly goofy caper novel in the grand tradition of Donald E. Westlake. A terrorist plot to hit New York City is the only threat that would make confederates out of warring mobsters ... But for all their professional expertise, hunting spies and defusing bombs aren’t among the talents these tough folks have. Better they should hire a 'gangster sheriff,' like Joe Brody, a bouncer at Club Rendezvous who carried out classified military missions during a stint in Special Forces. In a case like this, Brody is definitely your man.
Read Full Review >>
Rave BookPage
If you like a liberal dose of humor in your suspense fiction, then look no further than David Gordon’s clever new caper, The Bouncer ... The protagonist, Joe Brody, is a bouncer at a gentleman’s club ... and he is always up for a bit of petty (or grand) larceny ... The Bouncer has 'film adaptation' written all over it.
Read Full Review >>
See All Reviews >>
SIMILAR BOOKS
Fiction

The Devil Takes You Home
Gabino Iglesias
Positive
What did you think of The Bouncer?
© LitHub | Privacy