The Book of Otto and Liam 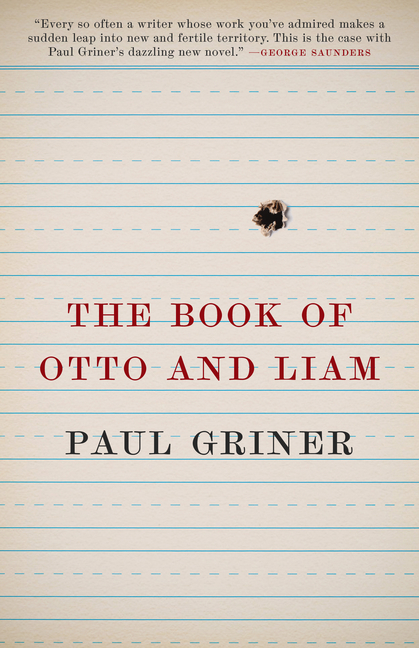 Liam is the boy, lying in the hospital, in grave condition, a bullet lodged in his head. Otto is his father, a commercial artist whose marriage has collapsed in the wake of the disaster. Paul Griner's brave novel taps directly into the vein of a uniquely American tragedy: the school shooting. We know these grotesque and sorrowful events too well. Thankfully, the characters in this drama are finely drawn human beings--those who gain our empathy, those who commit the unspeakable acts, and those conspiracy fanatics who launch a concerted campaign to convince the world that the shooting was a hoax.

What The Reviewers Say
Rave Josh English,
The Rumpus
... vital, arresting ... Griner is too skilled a realist to allow The Book of Otto and Liam to become a simple revenge story. There are indeed moments of exhilarating rectification, but these moments are so deeply grounded in the novel’s moral texture that each victory is balanced by an awareness of what’s forfeited ... The Book of Otto and Liam is a serious and urgent book, with the power to appall, outrage, thrill and make a reader mourn; it is also a very funny book ... Trauma narratives all too often collapse into a kind of torture porn, entertainments akin to the disaster tourism that repulsed the officer at the novel’s opening. But Griner gives us a story that is at once bursting with life and hollowed out by death, that celebrates our humanity and knows all our dirty secrets. The Book of Otto and Liam is a portrait of us in our present moment, battered by a reckless and deceitful government, battling our own inurement to daily horrors, and doing our best to get on with the business of living.
Read Full Review >>
Rave Lindsay Harmon,
Booklist
Through short, episodic chapters interspersed with sketches, memories, letters, and a running count of school shootings and deaths, Griner creates an entirely original portrait of grief, loss, and finding a new way forward in the aftermath of an all-too-familiar tragedy.
Read Full Review >>
Rave Mari Carlson,
Foreword Reviews
In his heartwrenching novel The Book of Otto and Liam, Paul Griner traces the hard-fought healing of a school shooting victim’s father ... The novel’s colorful scenes are as intricate and painstaking as the sketches that Otto makes for his graphic marketing business ... The Book of Otto and Liam is a biting literary novel that protects a fragile truth with its endearing story of fatherly love.
Read Full Review >>
See All Reviews >>
SIMILAR BOOKS
Fiction

Mount Chicago
Adam Levin
Mixed
What did you think of The Book of Otto and Liam?
© LitHub | Privacy