The Book of Night Women 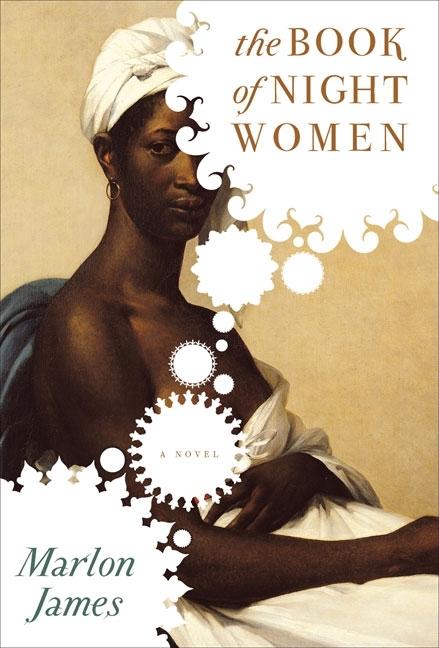 In this second novel by the Man Booker Prize-winning author of A Brief History of Seven Killings, Lilith is born into slavery on a Jamaican sugar plantation at the end of the eighteenth century, where she radiates a dark power all around her will come to both revere and fear.

What The Reviewers Say
Rave Kaiama L. Glover,
The New York Times Book Review
Marlon James’s second novel is both beautifully written and devastating. While the gruesome history of slavery in the Americas is a story we may dare to think we already know, every page of The Book of Night Women reminds us that we don’t know nearly enough. James’s narrative, related in a hard-edged but lilting dialect ... deftly avoids the clichéd melodrama such characters all too often inspire. He never draws rigid lines between good and evil, and he never takes sides ... Significant parts of The Book of Night Women are, understandably, very difficult to read. Rape, torture, murder and other dehumanizing acts propel the narrative, never failing to shock in both their depravity and their humanness. It is this complex intertwining that makes James’s book so disturbing and so eloquent. Writing in the spirit of Toni Morrison and Alice Walker but in a style all his own, James has conducted an experiment in how to write the unspeakable—even the unthinkable. And the results of that experiment are an undeniable success.
Read Full Review >>
Rave Sarah McNally,
Slate
Many books are written as if feeling a lot of sympathy is enough to keep the reader on the right side of history, but Marlon James doesn’t play that game. His second novel...is not a redemption narrative ... Page after page, in small ways and large, James made me realize how rote and well-established my emotional responses are ... This epic, beautiful, complicated, enthralling book...raises an obvious question: Who the hell were these white people? They weren’t aberrant sadists—they constituted basically the entire white population of their communities ... James inspires courage of imagination, he has traversed light and darkness, he has traversed centuries, and he has traversed gender ... this is also a book about how the indomitable human impulses toward kindness, love, friendship, family, and loyalty are warped so absolutely in a slave’s life as to make a mockery of them. It is also, surprisingly, a heartbreaking love story, of a man and woman haltingly trying, and mostly failing, to overcome their status of slave and master.
Read Full Review >>
Rave Jessica Inman,
BookPage
The second novel from Kingston native Marlon James will having you flipping pages, thirsty for more story, late into the night ... Lilith is one of the best characters in recent memory ... Well-crafted and beautifully written in the patois of 19th-century Jamaica ... nearly all of the characters are so morally complicated that they will inspire plenty of discussion. And with its unique rhythm, this book almost asks to be read out loud. The Book of Night Women is not an easy novel. But it’s one that’s rich and true, and it will stay in your mind for weeks to come.
Read Full Review >>
See All Reviews >>
SIMILAR BOOKS
Fiction

Theatre of Marvels
Lianne Dillsworth
Positive
What did you think of The Book of Night Women?
© LitHub | Privacy