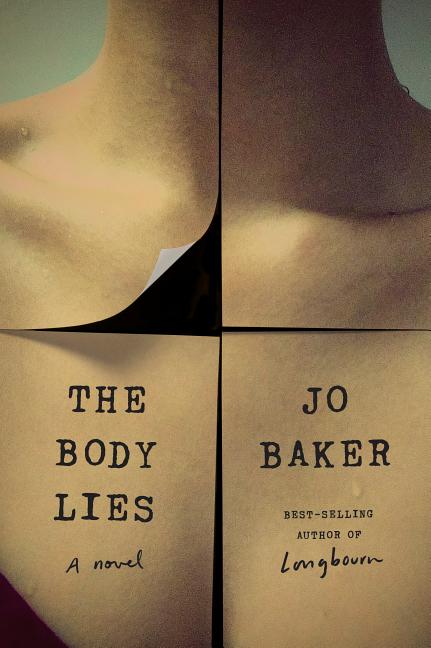 When a young writer accepts a job at a university in the remote English countryside, it's meant to be a fresh start. But despite the distractions of her new life and the demands of single motherhood, her nerves continue to jangle. When a troubled student starts turning in chapters that blur the lines between fiction and reality, the professor recognizes herself as the main character in his book--and he has written her a horrific fate. From the best-selling author of Longbourn.

What The Reviewers Say
Rave Kristine Huntley,
Booklist
With an unflinching eye, Baker deftly explores the pressure, judgment, and dangers women are subjected to on a daily basis simply because they are female. Her brilliant novel is a scathing indictment of the many ways society excoriates women while excusing violent men. A must read.
Read Full Review >>
Rave Malcolm Forbes,
The Minneapolis Star Tribune
... more literary-themed than literary-sourced. On this occasion she turns from past masters and masterpieces and instead devises an ingenious and electrifying setup that explores the boundary between fact and fiction ... Baker may deny her narrator a name, but she ensures she is so well delineated in every other respect as to be believable and sympathetic ... What begins as an engaging tale about a new start in a new environment among budding new writers ramifies into a gripping psychological thriller that combines fiendish mind games and riveting drama with a timely examination of male entitlement and female struggle ... Baker’s novel does just that: beguiling us, transporting us and terrifying us for good measure.
Read Full Review >>
Positive Siobhan Murphy,
The Times
Baker knowingly adds woman-in-peril tropes to her own protagonist’s story as she builds a slowly unspooling psychological thriller — of course the miles-from-anywhere house she rents is in a mobile-phone blackspot. But there’s something cleverer going on in The Body Lies; its clout is in the sexual politics behind its deft contrast between the fictional depiction of violence against women — as written in the postgrads’ work — and the stark, isolating reality.
Read Full Review >>
See All Reviews >>
SIMILAR BOOKS
Fiction

The Devil Takes You Home
Gabino Iglesias
Positive
What did you think of The Body Lies?
© LitHub | Privacy