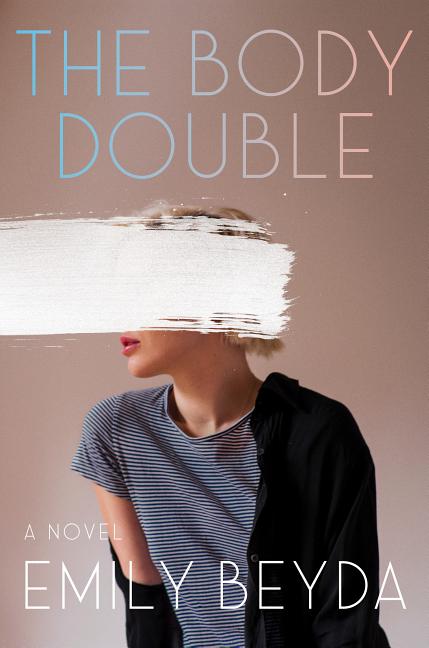 A struggling woman accepts an enticing offer from a mysterious man named Max: Work as a body double for the celebrity Rosanna Feld while the star recovers from a nervous breakdown. But once in Hollywood, the woman's life falls under the increasing control of Max—as the line between her life and Rosanna's fades.

What The Reviewers Say
Rave Paula L. Woods,
Los Angeles Times
... by the novel’s midpoint, when our naive narrator has melded personalities so thoroughly with her employer that all boundaries are blurred, we question her motives ... In addition to its riffs on real-life fame and celebrity emulation, this unsettling novel also pays homage to films ... Yet it is literature, particularly fairy tales and other folklore, that give the novel its nightmarish pull and eerie resonance. 'Rapunzel' and 'Bluebeard' come most readily to mind ... Fame and power, artifice and beauty—Emily Beyda has a lot on her mind, suffusing The Body Double with a power that will linger with readers ... a dazzler, definitely on my personal list of best debuts of the year.
Read Full Review >>
Mixed Art Edwards,
Los Angeles Review of Books
... haunting ... Beyda seeks to give you the dirty underbelly of the L.A. facade—the obsessive mindset it takes to render the illusion of an easy life with stylized friends at fashionable places, wine drunk from fishbowl-sized glasses as the sun sets into a pristine—from this angle—ocean ... I kept wanting Rosanna to be an actress, someone whose skills extend beyond charisma and therefore merit at least some of the attention she gets. This absence of ability outside comeliness and conversation skills left a hole for me at Rosanna’s center, from which she might have shined. The hole in Max, however, feels all-too-real, precipitous, its dark gravity pulling the narrator toward it.
Read Full Review >>
Positive Margaret Quamme,
Booklist
Beyda’s moody debut plays on the conventions of film noir, with a special nod to Alfred Hitchcock’s Vertigo ... While the story at times strains credulity, and the narrator often seems willfully naive, the novel has the potency and sense of inevitability of a particularly vivid dream, and as the balance of power between the narrator and Max gradually shifts, the cat and mouse game becomes ever more absorbing.
Read Full Review >>
See All Reviews >>
SIMILAR BOOKS
Fiction

The Lamplighters
Emma Stonex
Rave
What did you think of The Body Double?
© LitHub | Privacy