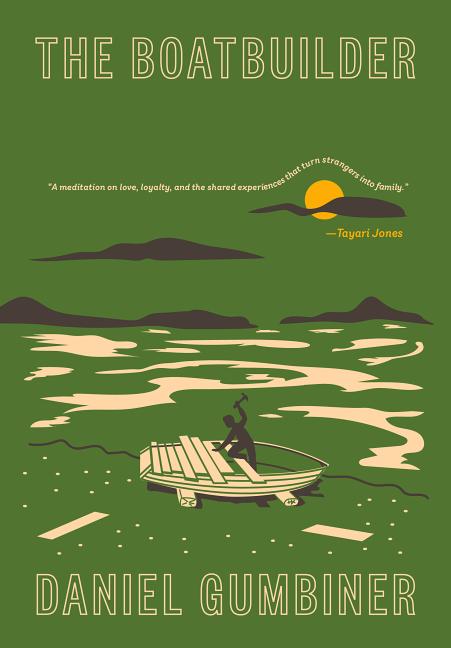 Seeking a new start after recovering from a head injury and opioid addiction, a young man travels to a Northern California town where he begins building boats with a mentor and establishing a sense of community.
Positive
Based on 5 reviews

What The Reviewers Say
Rave James Faccinto,
The Brooklyn Rail
The Boatbuilder, Daniel Gumbiner’s National Book Award-longlisted debut novel, is a striking portrayal of addiction, self-determination, and community. It is lively, meditative, often hilarious, and refreshingly unsentimental. It is also one of the most salient examinations of the millennial mind that I have ever read ... Gumbiner’s knowledge of the world of boatmaking impresses ... But as much as The Boatbuilder is a novel about the nonlinear and costly path of recovery, it is also an excellent study of the new forces that lay waste to the modern attention span and the associated rise of widespread workplace malaise. This year has been full of excellent debuts, and Gumbiner’s poised arrival is among the best of them.
Read Full Review >>
Positive John Williams,
The New York Times
The Boatbuilder offers a decidedly gentle, sometimes quietly rewarding window onto the attempted recovery of an American opioid addict. It’s a fictional companion piece of sorts to nonfiction books about self-reliance like Matthew Crawford’s Shop Class as Soulcraft or Alexander Langlands’s Craeft, which argue for the emotional benefits of unplugging and working with your hands. Capturing those interior benefits in fiction is a delicate act, and Gumbiner, the managing editor of The Believer magazine, pins a sense of well-being to the page while other times approaching his themes too explicitly ... the book’s tensions simmer far more than they boil. Gumbiner is after wisdom, not thrills ... The cast of small-town characters he imagines is like that of a 1990s indie movie; a compliment, in this case. The place and its people are convincingly alive ... Ultimately, Gumbiner succeeds and stumbles relative to how much he trusts the reader to understand what he’s after without diagramming it ... some ideas in this novel would resonate more loudly if they had gone without saying.
Read Full Review >>
Positive Laura Spence-Ash,
Ploughshares
The reader goes on this winding journey with Berg. At first, I wasn’t sure I wanted to tag along. The lost, drug-addicted 20-something is, sadly, a bit familiar. But I found myself drawn into Berg’s story, wanting to learn more about him and this community in which he finds himself, willing to follow all the twists and turns. Gumbiner writes beautifully, and he creates a unique world here. There’s something so gentle about Berg, in his awareness of the world and the people around him. He cares. He has a sense of humor. He wants to turn his life around ... The novel certainly has the hallmarks of a monomyth, with many of the expected totems of the hero’s journey: the mentor (Alejandro), a series of obstacles (including Berg himself), and the journey from one world to another and back again (Berg’s struggle to overcome his addiction). The novel moves along at a quick pace ... There are times here when the details can overwhelm the plot and when I couldn’t quite understand how certain scenes or events contribute to the overall story ... A thread of spirituality runs through this novel from Berg’s rabbi grandfather to the way in which Berg seems to gain strength from his belief in this community.
Read Full Review >>
See All Reviews >>
SIMILAR BOOKS
Fiction

Each of Us Killers
Jenny Bhatt
Rave
What did you think of The Boatbuilder?
© LitHub | Privacy