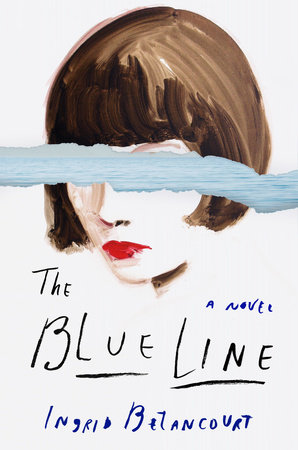 A novel set against the backdrop of Argentina’s Dirty War, and infused with magical realism, in which a girl is burdened with visions from the future.

What is this?
Pan
Based on 6 reviews

What The Reviewers Say
Positive Laura Albritton,
The Miami Herald
...despite any unevenness, the power of the book lies in Betancourt’s ability to remind readers of the real cost of atrocity, in this case perpetuated by the state, and to resurrect a sense of moral outrage. In the The Blue Line, freeing one’s self from past trauma often seems tragically out of reach.
Read Full Review >>
Mixed Nina Burleigh,
The New York Times Book Review
...although Julia’s unusual powers might seem a clever way to convey the messy personal price of a larger national evil, the suspension of disbelief required by her 'special gift' becomes an unfortunate distraction from what might have been a revealing examination of how fascism works and what it does to its victims.
Read Full Review >>
Pan Martín Gambarotta,
The Los Angeles Review of Books
...the revelation of Julia’s gift is thrust upon the reader almost immediately, rather than released in little magical doses that would make you tingle with surprise. At best, it’s an experiment that goes awry well before the book’s conclusion. The Blue Line is not without its own stylistic merits, though, and is almost flawless when describing the bizarre Argentine political contexts of the 1970s.
Read Full Review >>
See All Reviews >>
SIMILAR BOOKS
Coming Soon

A Trail of Crab Tracks
Patrice Nganang
Positive
What did you think of The Blue Line?
© LitHub | Privacy