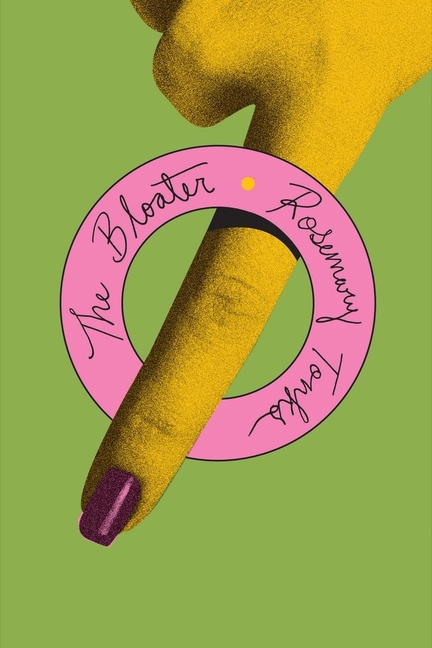 A rediscovered literary classic, "The Bloater" is a 1960s novel where love and repulsion are two paths to the same abyss.

What The Reviewers Say
Rave Madelaine Lucas,
Astra
Passion and revulsion, tenderness and cruelty, worldly sophistication and schoolgirl naïveté — outside of the classic will-they-won’t-they set-up of an unlikely romantic pairing, it’s Tonks’s embrace of oppositional forces that provides the source of the novel’s tension, as well as its levity ... The compulsive, madcap momentum of the novel might also have something to do with the speed at which Tonks wrote it, over four weeks in the autumn of 1967 ... One senses that for all The Bloater’s undesirable affectations, it’s his lack of humor, especially about himself, that is the true turn-off for a woman like Min, whose canny observations and strong opinions about love and romance are a large part of her charm for her many admirers, and for the reader ... The joy of reading The Bloater is in the vitality of Tonks’s sentences, which are teeming with sensory particulars and surprising, delightful connections ... But for all the subversive elements of The Bloater — its playful embrace of promiscuity, the originality of its language — it’s the way it resists the conventional morality of classic literature, refusing to reduce its wayward heroine to a cautionary tale, that strikes me as most radical. Apart from a brief episode of gout, Min is never punished for her transgressions or her vanity or her freedom, and the novel concludes with a swerve towards a romance founded on friendship—a coming together of intellectual equals, as in a Shakespearean play. In this way, Tonks allowed her fictional counterpart to joyfully escape the misfortune and anguish that would plague the writer throughout the rest of her life, giving Min the kind of resolution that can only ever be achieved in fiction: a happy ending ... stands as one of the few remaining testaments of a woman who, like her heroine, once lived life on her own terms. In this light, its republication seems a small miracle.
Read Full Review >>
Rave William Boyd,
The Times (UK)
... zany, eccentric and free ... The novel is very dialogue-heavy, much of the conversation between Min and her women friends being about sex and men and how awful men are. It may be the benefit of hindsight, but the novel does seem very much of its time, the Swinging Sixties. One could imagine it being filmed by Richard Lester, starring Suzy Kendall as Min and Oliver Reed as the Bloater with a great sound track by the Spencer Davis Group ... Yet the sly intellectual froth and sexy fun of the novel is counterposed by the knowledge of what happened to its author — her chronic health problems, profound spiritual anguish and rejection of everything she had achieved as a young writer. Paradoxically the story of Tonks’s astounding efforts in seeking oblivion, ensuring the non-existence of her literary self, and being so successful in achieving it, has brought her a degree of posthumous fame that her shade would deeply resent. Despite everything she did there will now be a small corner of the 20th-century English novel reserved for her unique example. Stewart Lee’s introduction to this new edition, it should be noted, is typically astute and funny.
Read Full Review >>
Positive Stephanie Merritt,
The Observer (UK)
The novel offers a whistle-stop tour of 1960s London, lively with scents and sounds, and Min’s restlessness reflects a certain dissatisfaction with the reality of free love. At times, Tonks’s writing feels rooted in its immediate milieu, but often the voice is breathtakingly modern. Her reprieve from obscurity is cause for celebration.
Read Full Review >>
See All Reviews >>
SIMILAR BOOKS
Fiction

The World and All That It Holds
Aleksandar Hemon
Rave
What did you think of The Bloater?
© LitHub | Privacy