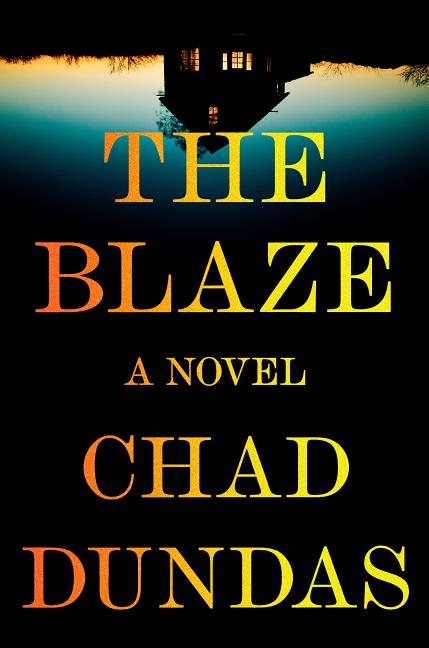 Having lost much of his memory from a traumatic brain injury sustained in Iraq, Army veteran Matthew Rose is called back to Montana after his father's death to settle his affairs, and hopefully to settle the past as well.

What The Reviewers Say
Rave Arlene McKanic,
BookPage
Dundas patiently builds layer upon layer of clues, like pastry and butter in the best croissant ... Writing a thriller that’s engrossing from beginning to end is tough. Some readers might figure out the culprit early on, but figuring out the 'why' will keep them hooked. Dundas knows how to keep things simmering, and his cracking good mystery kept this reviewer up at night. It just might keep you up at night, too.
Read Full Review >>
Rave Bruce DeSilva,
The Associated Press
... both a cleverly plotted mystery and a touching account of a wounded veteran trying to rebuild his life ... With these two beautifully realized protagonists driving the action, Dundas delivers a fast-paced plot filled with unexpected twists. Their small town is vividly portrayed, and the writing is superb throughout, occasionally verging on poetry.
Read Full Review >>
Positive Michael J. McCann,
The New York Journal of Books
[Dundas's] switch to a contemporary thriller for his second outing is, in large part, a success ... Matthew Rose is an interesting character, and his struggle to regain his memory keeps us engaged. As an alternate point of view, Georgie is well drawn, and her busy-body nature as a reporter working the city desk helps move the story along ... the first 100 pages of the novel set a brisk pace as Dundas shows a well-developed talent for storytelling. The middle hundred lag a bit as Matthew’s search for his past seems to flounder somewhat, taking us in apparently random directions, but Dundas brings his threads together in the final third of the novel in such a way that everything adds up and makes sense after all ... A fourth-generation Montanan and resident of Missoula, Dundas uses his setting effectively without drowning us in local color, and his work experience in journalism lends credibility and realism to Georgie’s relentless pursuit of the story ... The Blaze falls a trifle short of being an out-and-out barn burner, but there’s more than enough here to like that readers will enjoy this one and will certainly want to come back for whatever’s next.
Read Full Review >>
See All Reviews >>
SIMILAR BOOKS
Fiction

Shutter
Ramona Emerson
Positive
What did you think of The Blaze?
© LitHub | Privacy