The Black Khan: Book Two of the Khorasan Archives 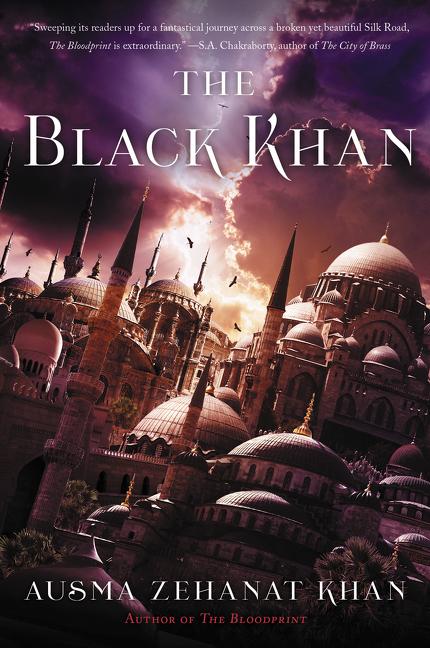 In this second installment of an epic fantasy quartet, a powerful band of women must use their magic to defeat an oppressive dark regime. After facing setbacks, they have another chance to obtain the Bloodprint—a text that may hold the secret to overthrowing the regime—but they must first contend with the Black Khan, a master of treachery.
Positive
Based on 4 reviews

What The Reviewers Say
Positive Feliza Casano,
Tor.com
The writing describing the clothing, setting, and texts that populate the world is...incredibly rich, especially in the decadent settings of the Authoritan and Black Khan’s courts ... Another great strength of the Khorasan Archives series so far is its exploration of faith, religion, and how those in power adhere and abuse both ... The Khorasan Archives series is an excellent one for readers fascinated with preservation of artifacts and the power of language, and The Black Khan takes readers even deeper into an exploration of precisely how the power of language is preserved through both artifacts and people. Despite its rocky start, The Black Khan is still recommended reading for fantasy fans seeking their next epic fantasy read.
Read Full Review >>
Mixed Cheryl Wassenaar,
Culturess
There are still some conventions observed in fantasy....but The Black Khan reads like it could have been published decades ago with how heavy it can be in the jargon as well as the simple flow of the sentences. If you’d like a shorter expression, the word is only clunky. This is not to say that the prose is necessarily bad so much as not to this reader’s taste ... Whether it’s the writing, the worldbuilding, or the characters, one of the three (or, ideally, all three) have to be engaging in some way. This is where the book fails. But at the same time, I can see where people would like its attempt to create a huge, sprawling world with legitimate consequences even for its magical heroines. That does seem to be what Zehanat Khan is going for, but it will be hard for some readers to follow her there.
Read Full Review >>
Positive Emily Whitmore,
Booklist
The Black Khan, prince of a neighboring kingdom, is an unlikely ally for the Companions of Hira and the Silver Mage, as he is only interested in his own ends ... Khan has created a rich, well-crafted world that will appeal to readers of S.A. Chakraborty’s The City of Brass (2017) or Erika Johansen’s The Queen of the Tearling​ (2014).
Read Full Review >>
See All Reviews >>
SIMILAR BOOKS
Coming Soon

Ordinary Monsters
J M Miro
Positive
What did you think of The Black Khan: Book Two of the Khorasan Archives?
© LitHub | Privacy