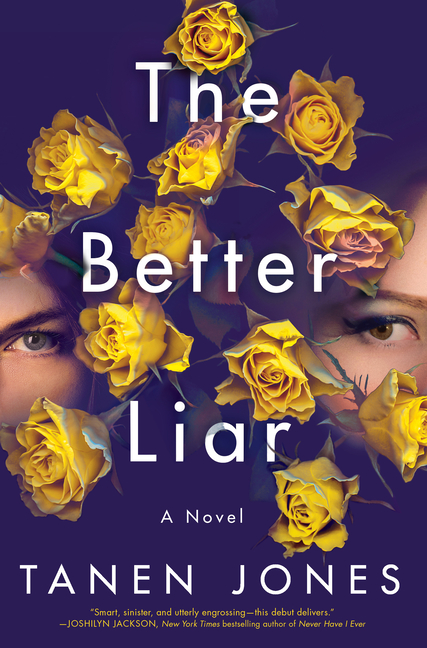 In the years since Leslie's sister Robin ran away from home as a teenager, Leslie has stayed in New Mexico, taking care of their dying father even as she began building a family of her own. But when their father passed away, Leslie received a rude awakening: She and Robin would receive the inheritance he left them together—or not at all. Now her half of the money may be beyond her grasp. And unbeknownst to anyone, even her husband, Leslie needs it desperately.

What The Reviewers Say
Rave Rebecca Vnuk,
Booklist
Jones’ debut novel is clever, absorbing, and full of red herrings. No one is trustworthy—Leslie is hiding her reasons for needing the money; Mary has ulterior motives and rarely tells the truth. A stunning twist ending will leave readers waiting to see what Jones will give them next.
Read Full Review >>
Positive Joy Gunn,
Library Journal
Debut author Jones has created a taut psychological suspense with surprising developments and a shocking, jaw-dropping ending. Sure to be popular with fans of Ruth Ware and Gillian Flynn.
Read Full Review >>
Positive Pamela Kramer,
Bookreporter
As secrets build on secrets --- some of which are pretty horrifying --- readers will begin to suspect what is really going on here. But even when Jones reveals part of the truth, there are still more twists to be unraveled.
Read Full Review >>
See All Reviews >>
SIMILAR BOOKS
Fiction

A Will to Kill
Rv Raman
Positive
What did you think of The Better Liar?
© LitHub | Privacy