The Beekeeper: Rescuing the Stolen Women of Iraq 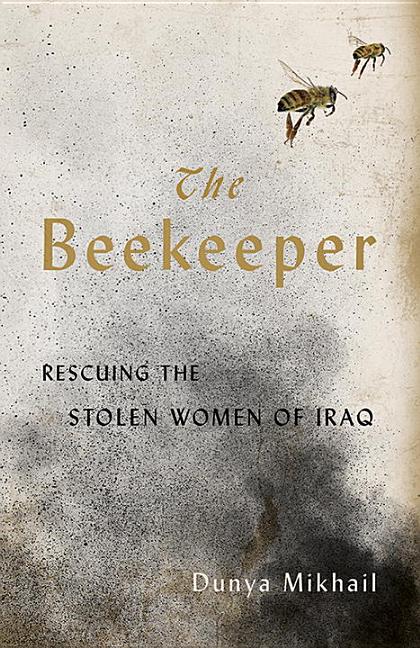 An Iraqi journalist and poet living in New York returns to her home country to document the stories of Yazidi women who were enslaved by ISIS (Daesh) as well as that of a beekeeper who organized elaborate rescue missions to bring the women home.
Positive
Based on 7 reviews

What The Reviewers Say
Rave Deborah Campbell,
The New York Times Book Review
Through interviews with those who managed to escape, Mikhail has created a searing portrait of courage, humanity and savagery, told in a mosaic of voices ... There are many such heroes in these varied accounts, not least the women themselves, and details so astounding that it was wise of the author to include photographs bearing witness to their truth ... one story among many, which together illuminate a human catastrophe that might otherwise be a mere footnote to the still-unfolding consequences of the Iraq war. Mikhail, whose gifts as a poet infuse these narratives with unexpected beauty, is interested in the little things: 'I mean the little things with their big shadows.'
Read Full Review >>
Positive Elizabeth Toohey,
The Christian Science Monitor
Mikhail’s book serves as testimony for the victims of ISIS (known in the region as Daesh) who have been brutalized physically and psychologically. Giving voice to the voiceless, she devotes much of The Beekeeper to transcribing the stories of the Yazidi women of northern Iraq who have been driven from their homes, sold into sexual slavery, and yet, remarkably, survived ... Everyday heroes populate this landscape, many of them Muslim – that is, regular observant Muslims, not the twisted fundamentalist version that Daesh promulgates ... Mikhail draws out historical parallels as well in displacement resulting from ethnic cleansing, whether in the persecution of Jews, Christians, or Muslims (see Myanmar). Hauntingly, she recalls her grandmother’s best friend, driven out of Baghdad after the Farhud, a pogrom in 1941 when Jews from communities established since the sixth century were murdered during two days of riots ... When Mikhail pauses to reflect on her own experience, she captures the idiosyncratic grace of the world around her, showing herself an acute observer of its oddities and beauty ... Her book compels us to listen to these voices and not change the channel. It compels us to open our doors wider to refugees.
Read Full Review >>
Positive Jenny Bhatt,
PopMatters
Structurally, this book is a mix of reportage, memoir, and poetry. Mikhail keeps the reportage free from sentiment. Even the memoir sections about her own past experiences in Iraq are relayed from a somewhat cool distance. But her verses show her personal emotional landscape as she tries to wrap her head around what is happening, what might come next for each survivor, and what survival even means 'when the calamity survives along with you' ... A book like this reminds us of this hard truth about the worst aspects of human nature.
Read Full Review >>
See All Reviews >>
What did you think of The Beekeeper: Rescuing the Stolen Women of Iraq?
© LitHub | Privacy