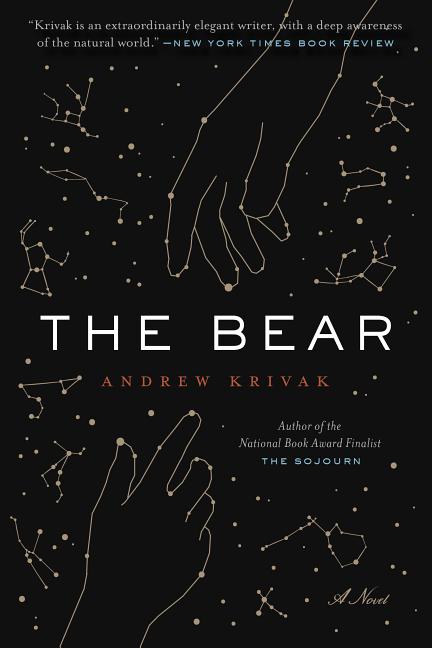 In an Edenic future, a girl and her father live close to the land in the shadow of a lone mountain. The father teaches the girl how to fish and hunt, the secrets of the seasons and the stars. He is preparing her for an adulthood in harmony with nature, for they are the last of humankind. But when the girl finds herself alone in an unknown landscape, it is a bear that will lead her back home through a vast wilderness that offers the greatest lessons of all, if she can only learn to listen.
Rave
Based on 10 reviews

What The Reviewers Say
Rave Rebecca Onion,
Slate
[A] painful, beautiful new book ... Krivak’s descriptions of this forested world, so loving and vivid that you can feel the lake water and smell the sea, make the answer clear: It’s because there’s joy to be found in carrying on ... If there’s anything to quibble with in this beautiful book, it’s the utopianism of this vision of the circularity of man’s relationship to the land ... Written less subtly, this could feel like another fantasy about white return to the land. But this is also a story of ultimate loss, leaving us with no uncertainty about the future of humanity ... a perfect fable for the age of solastalgia.
Read Full Review >>
Rave Michelle Anne Schlinger,
Foreword Reviews
The Bear is a dreamy dispatch from the end of the world. In Andrew Krivak’s palimpsest novel, the reassertion of nature over the bones of human civilization is a dignified and regretless process ... The novel concentrates less on the tragedies of humanity’s disappearance than it does on the interconnectedness of all beings. Within this story: if the last human goes out nobly, having treated the world around them with respect, all has not been lost. The girl and her father are worthy guides through their latter day landscape, as are the creatures that address the girl through an otherworldly haze. Triumphant to its last breath, The Bear is a lovely, unforgettable experience.
Read Full Review >>
Positive Wendy Smith,
The Washington Post
Krivak’s gorgeous descriptions suggest a world that has returned to its proper equilibrium and rightful inhabitants ... shares with its predecessors a preoccupation with loss and endurance, themes explored here in a more mythic style still firmly grounded in physical reality. Any shadow of preciousness is quickly dispelled by the clarity of Krivak’s prose and the precision with which he delineates the girl’s struggles during a bitter winter when she is once again alone ... Krivak reminds us of the extraordinary knowledge and discipline those skills require in detailed, virtually step-by-step accounts of tasks from making snowshoes to skinning a deer and harvesting its carcass for food. Depicting the drama of her daily efforts to survive, The Bear demonstrates its kinship with such classic coming-of-age-in-the-wild tales as My Side of the Mountain and Island of the Blue Dolphins ... Krivak’s serene and contemplative novel invites us to consider a vision of time as circular, of existence as grand and eternal beyond the grasp of individuals — and of a world able to outlive human destructiveness.
Read Full Review >>
See All Reviews >>
SIMILAR BOOKS
Fiction

Mother May I
Joshilyn Jackson
Rave
What did you think of The Bear?
© LitHub | Privacy