The Autobiography of Fidel Castro 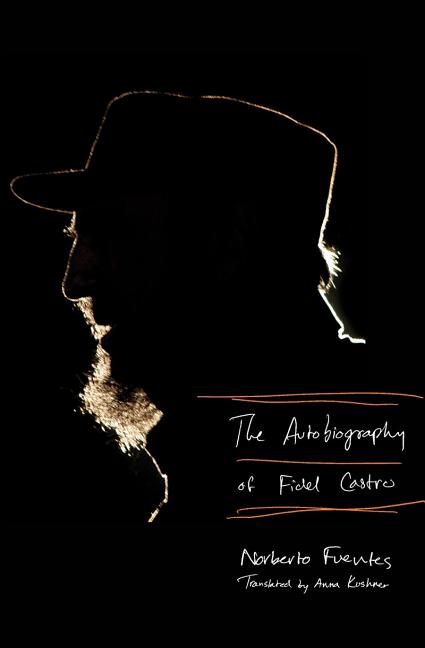 Escaping a death sentence and now living in exile, Fuentes has written a satirical “autobiography” of the Cuban leader―in Fidel’s own arrogant and seductive language―discussing everything from Castro’s early sexual experiences in Birán to his true feelings about Che Guevara and his philosophy on murder, legacy, and state secrets.

What The Reviewers Say
Positive Michiko Kakutani,
The New York Times Book Review
...[a] fascinating new novel ... How well does Mr. Fuentes channel his former comrade and current enemy? To what extent does his novel reflect his hatred for the Cuban leader, and how much does it reflect his firsthand knowledge of Mr. Castro and the early days of the revolution? While some of Mr. Fuentes’s conjurings of Mr. Castro’s rise to power and his group’s triumphs over daunting, sometimes ridiculous odds have the hard, burnished glow of authenticity, many of the fictional Fidel’s noisier outbursts sound like the contrived rantings of a paper-doll demagogue, designed by his creator to embody all that is alarming and megalomaniacal ... When Mr. Fuentes stops trying to italicize his hero’s villainy and instead focuses on the narrative of his story, we’re able to stop trying to figure out just how historically accurate his Comandante might be, and enjoy his creation as a compelling fictional personage — by turns arrogant, funny, pompous, lewd, self-absorbed and self-deluding.
Read Full Review >>
Positive Lucy Popescu,
The Independent
...[an] impressive English translation ... Castro is renowned for having delivered some of the longest speeches in world history, so it is no mean feat that Fuentes impersonates his bombastic tone without boring us to tears. He illuminates the Cuban leader's pettier concerns through vivid descriptions of his political point-scoring, grandiose obsessions and macho posturing ... There are some wonderfully playful moments in The Autobiography, such as when Castro is caught, quite literally, contemplating his cojones (testicles) or when he declares: 'Sometimes it's hard for me to act like a professional soldier instead of the intellectual that I am' ... Fuentes has produced a fascinating portrait of one of the most controversial figures from the past century as well as a meticulously researched account of the Cuban revolution and its legacy.
Read Full Review >>
Mixed Terry Eagleton,
The Guardian
[Fuentes'] revenge is to steal his former comrade's psychological clothes, hijack his life-history and tell his story more truthfully than Castro presumably would himself ... the autobiographical technique is double-edged. Fuentes's fiction brings Castro magnificently alive, thus making what he presents as his casual brutality all the more repellent. Yet in doing so it can't help humanising the very figure it is out to discredit ... There is something curiously obsessive about Fuentes's fascination with Fidel. Stealing someone else's selfhood is a wickedly effective way of getting even with them; yet wanting to become someone else suggests admiration as much as antagonism. For all his imaginative ventriloquism, it is hard to feel that Fuentes is aware of these ambiguities, let alone that he has resolved them.
Read Full Review >>
See All Reviews >>
What did you think of The Autobiography of Fidel Castro?
© LitHub | Privacy