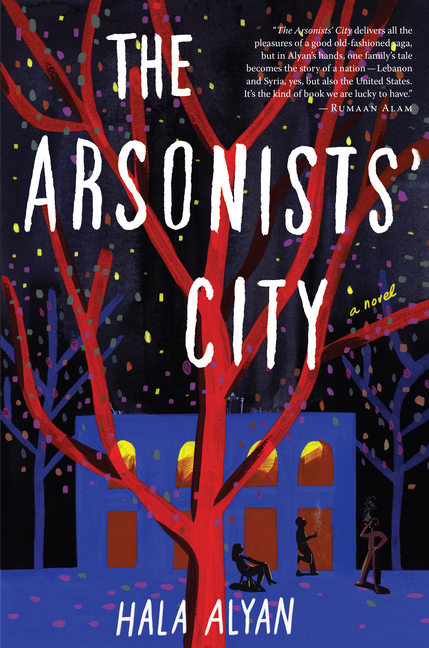 A rich family story, a personal look at the legacy of war in the Middle East, and an indelible rendering of how we hold on to the people and places we call home.

What The Reviewers Say
Rave Brendan Driscoll,
Booklist
The family’s reluctant reunion underscores the distance between its members but also the persistence of the centripetal forces pulling them together. Interspersing scenes from Mazna’s youth among present-day moments of chaos and conflict, Alyan points to patterns of secrecy and shame and the power of buried trauma to leap beyond displacement and time. Acute psychological insight and a sense of Beirut as a fluid, evolving entity further amplify the power of this moving family drama.
Read Full Review >>
Positive Maya Salam,
The New York Times
Alyan takes command of all the senses to portray [Beirut] before, during and after the war, its beaches packed with oiled-up bathers, its smoke-filled bars and steamy street corners. For those familiar with the setting, this novel will dredge up long-held memories. For those who’ve never known it, Alyan plants the riches of the city with stealthy precision, making the maddening conundrum of Beirut yours, whether you want it or not ... Through such lyrical language [...] Alyan, a Palestinian-American living in Brooklyn, marries her trades as a poet and clinical psychologist, unspooling inner monologues and memories to exhaustion, sometimes leaving me similarly spent ... For stretches, I felt trapped in a room with arguing siblings, my patience growing thin. And some revelations delivered more than others ... When you finish the last page of Alyan’s book, turn back to the start and reread the first entry, the story of the young man’s death. It’s nearly impossible to believe that he was ever a stranger or that the shock wave of his demise would reach so far into the future — a realization that might complete the story’s circle but doesn’t quite fill the void at the center of the family, a space that shaped them all.
Read Full Review >>
Rave Zahra Hankir,
The Los Angeles Review of Books
Hala Alyan’s The Arsonists’ City offers a sprawling look at various fragments of Arab identity, carried across continents by several members of the same family, both first- and second-generation ... Alyan’s family saga contains meticulously crafted moments of betrayal, bitterness, and dashed ambitions ... While various swirling subplots consume much of this character-driven novel, The Arsonists’ City . is at its core a meditation on the loss of love and of one’s homeland — losses that are intertwined ... Alyan’s storytelling is driven by the question of whether to cling to customs and traditions or to make way for new ones. And yet, she steers clear of the trap that some Anglo-Arab authors have fallen into in recent years: attempting to challenge tired tropes while amplifying them at the same time. Instead, Alyan focuses her attention on the nuances of the characters she brings to life and the cities they inhabit. She immerses the reader in unspoken taboos without a hint of tendentiousness or self-Orientalizing ... an intricately plotted, tightly knit novel that at once breaks the heart and fills it with joy.
Read Full Review >>
See All Reviews >>
SIMILAR BOOKS
Fiction

Margreete's Harbor
Eleanor Morse
Positive
What did you think of The Arsonists' City?
© LitHub | Privacy