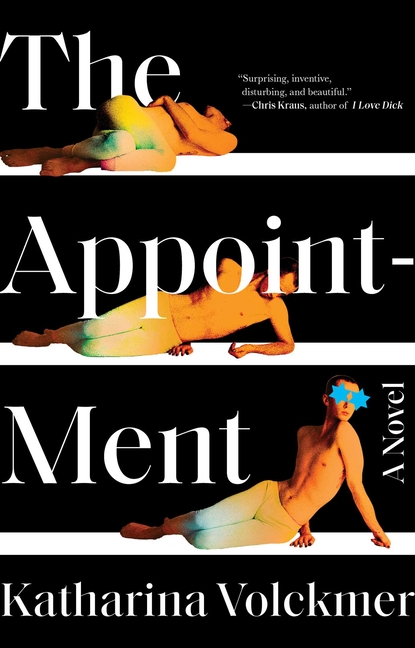 In a well-appointed examination in London, a young woman unburdens herself to a certain Dr. Seligman. Though she can barely see above his head, she holds forth about her life and desires, her struggles with her sexuality and identity.

What The Reviewers Say
Rave Seth Katz,
Slant
... represents a struggle to break free from one’s haunted national roots ... The nature of the titular appointment is revealed only gradually, turning the reader into a sharp-eyed detective looking for clues ... Things are clarified soon enough, but the novel’s chief pleasures lie not in its initial mysteries, or in its eventual, often unsurprising revelations, but in its bitter, Bernhardian comic tone ... Writing in such a diegetically rigorous mode presents a particular challenge when it comes to parceling out basic exposition. A conventional first-person narrator might offer an unprompted description of the exam room, its furnishings, and of Dr. Seligman himself. Here, such details—Seligman’s male-pattern baldness, the picture frames on his desk, the room’s red velvet walls—must be salient enough for the narrator to comment upon them aloud ... Volckmer’s elegant construction never draws attention to such writerly maneuvers; physical descriptions, hints about Dr. Seligman’s practice, and information about other characters mentioned throughout accumulate naturally and never feel shoehorned in. Likewise, Volckmer’s unfussy sentences rarely impress but never distract or interrupt the book’s flow. At a time when so few novels are published of which even that much can be said, Volckmer’s 'mere' competence—her avoidance of clunky similes and unwieldy syntax—is refreshing ... So, too, is her gleeful provocation, which, like that of Ottessa Moshfegh, is never in service to glib nihilism or amorality. In fact, this is a deeply moral book, one that, beneath the graphic sex talk and raucous vitriol, is concerned with contemporary Europe’s historical trauma, the oppressiveness of traditional gender roles, and one’s personal responsibility to the past. It remains to be seen what kind of career Volckmer will have, but consider The Appointment a warning shot fired across the bow of the modern novel.
Read Full Review >>
Positive Charlie Stone,
3am Magazine
From the very beginning, Katharina Volckmer’s début novel doesn’t pull its punches ... leaves little aside in its quest to throw taboo subjects under the microscope ... Her narration ranges from wilful provocation to pensive eloquence, often in the space of a single sentence. This conflictual style fully justifies those more provocative lines. Thanks to this brave authorial decision, the hypocrisy of modern British prudishness is displayed to the reader with unrelenting candour ... With bravery comes risk, though, and there is a danger that the reader may tire of this campaign of revelation even in a novel spanning no more than a hundred pages. The strength of The Appointment, however, is that it offers just enough of a plot to maintain its reader’s interest ... Gender is but one of many, many subjects broached in this book. The sheer scope of these is impressive — Nazism, technology, sexuality, memory, Catholicism among others — but such scope in such a short novel leaves little time for the significant moments of thoughtfulness to sink in. The narration aptly, breathlessly portrays a hyperactive imagination, but it seems at times as if the author has forgotten to bring the reader with her. By the time that we have processed one observation, our narrator is already giving us another on the attractive perversions of debauchery. There is nothing superficial about the sometimes shocking images presented to the reader throughout The Appointment, but the rapidity of their accumulation sometimes gives the impression of exactly that ... Key to appreciating everything The Appointment has to offer, then, is a refusal of its implicit recommendation to finish the book in one sitting. The reader must treat this monologue as the silent Dr Seligman does: not to respond to the provocations, but to listen thoughtfully for the moments in which the narrator is at her most philosophical before sitting back and considering. Paradoxically, perhaps, the novel is at its most effective when the reader is least tempted to press wilfully on. Given the patience it deserves, The Appointment proves a multi-layered and intelligent first novel.
Read Full Review >>
Positive Jana Siciliano,
Bookreporter
Volckmer walks a precipice in razor-sharp shoes, digging in on the difficult stuff and infusing the most dangerous and, frankly, disgusting thoughts (sex with Hitler, anyone?) with a humor that keeps you reading even as you are not sure you want to do so ... The frank discussion of sex (particularly about penises and their uses), especially as it relates to the German world before, during and after Hitler’s regime, is off-putting at times. The fantasies our heroine has in reference to the despot are unnerving, and there is little actual sensuality related when it comes to the fantasies or her real-life encounters ... The fact that Volckmer cannot find a German publisher to publish this novel speaks volumes. The intersectionality of cultural identity, gender and self-identity is not for the squeamish. It is interesting, given that Germany is so very good at contextualizing its history in order to move forward and not fall prey to such despicable politics and social order, that the narrator can only think about the example of Nazi propaganda, the death camps and the unspeakable horrors of that time in a sexual fantasy. This makes it feel like a very millennial story to me, as personal and sexual freedom and identity is the revolution for the twentysomething generation. But regardless of the age of the narrator, her disturbing rants make for some very compelling reading ... Not for the lighthearted reader, The Appointment is a treatise on how the culture in which we grow up affects every aspect of our life as an adult, as much as our parents or teachers or loved ones do. This is a very short book, but is long on ideas to ponder well beyond the last word.
Read Full Review >>
See All Reviews >>
SIMILAR BOOKS
Literature in Translation 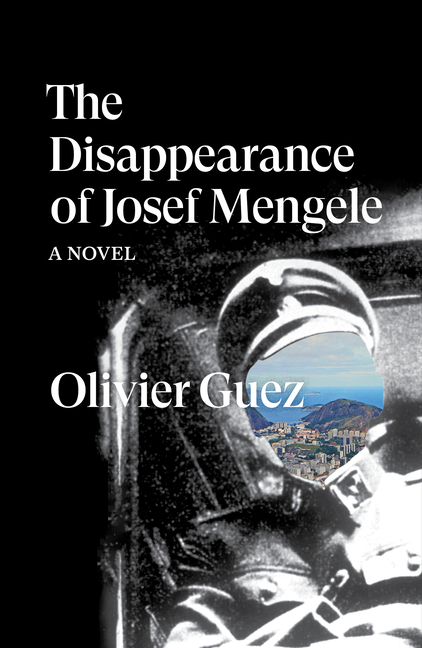 Heat 2
Michael Mann
Rave
What did you think of The Appointment?
© LitHub | Privacy