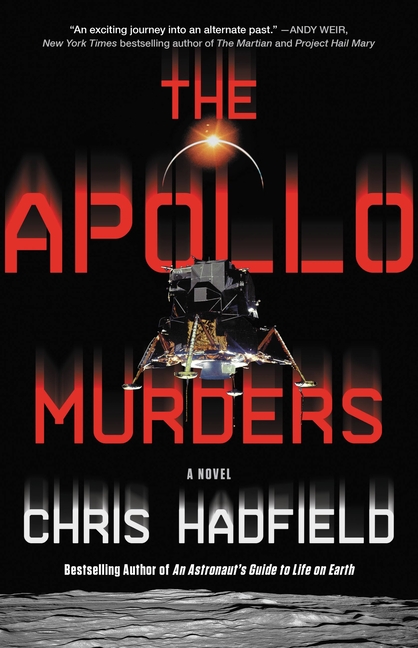 NASA is about to launch Apollo 18. While the mission has been billed as a scientific one, flight controller Kazimieras "Kaz" Zemeckis knows there is a darker objective. Intelligence has discovered a secret Soviet space station spying on America, and Apollo 18 may be the only chance to stop it. But even as Kaz races to keep the NASA crew one step ahead of their Russian rivals, a deadly accident reveals that not everyone involved is quite who they were thought to be.

What The Reviewers Say
Rave Jennifer Funk,
Library Journal
Hadfield draws on his expertise as an astronaut to add authenticity and realism to his debut thriller. Fans of Clive Cussler and Andy Weir will enjoy this genre-bender combining military fiction, the detective novel, and techno-thriller.
Read Full Review >>
Rave Publishers Weekly
Spectacular ... His mastery of the details enables him to generate high levels of tension from just a description of a welding error, which cascades into something significant. This is an intelligent and surprising nail-biter.
Read Full Review >>
Mixed Kirkus
This NASA-heavy thriller has everything, including perhaps a bit too many meticulously reported technical procedures ... Hadfield's use of real people brings historical authenticity to the novel, and there are many tidbits of NASA lore that only an insider could provide, but the devotion to technical facts has some drawbacks ... The first part of the novel [is] so technically focused that it seems the action will never get off the launchpad, though doubtless there are readers who will revel in these details ... There is a murder and other deaths as well as injuries, vomiting, and space brawls, all reported in close detail. Though the climax is somewhat over-the-top, the basic bones of a good thriller are here even if the beginning is a slow burn ... Space nerds will geek out, and everyone else eventually gets a pretty good ride.
Read Full Review >>
See All Reviews >>
SIMILAR BOOKS
Fiction

The Every
Dave Eggers
Mixed
What did you think of The Apollo Murders?
© LitHub | Privacy