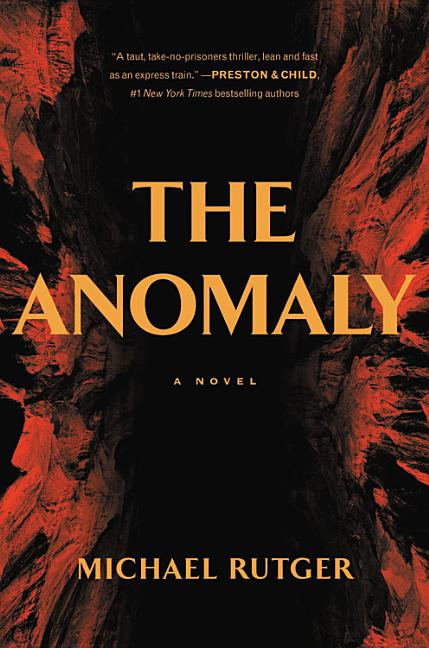 An online reality show goes looking for a long-rumored cave in the Grand Canyon, with horrific consequences.

What The Reviewers Say
Rave Peter G. Pollak,
Washington Independent Review of Books
Protagonist Nolan Moore is a failed screenwriter turned would-be Indiana Jones whose ambition is to take his online treasure-hunting show to television. His major accomplishment thus far has been to remind viewers of The Anomalies that it’s the search that counts, and not whether you find fame and fortune. His record of failures, however, is about to end when his crew enters the Grand Canyon seeking the entrance to a cavern that reportedly houses relics found nowhere else on earth ... The dysfunctional group dynamics displayed as the crew embarks on its journey don’t prepare us for the unexpected, horrifying consequences of their finding the cavern. Nor do they prepare us for Moore’s justifications for pursuing the unknown no matter the cost. A comedy of mediocrities turns into a can-we-make-it-out-alive tale where none of the actors play to type.
Read Full Review >>
Mixed Michael J. McCann,
The New York Journal of Books
The novel is divided into thirds. Part One introduces us to Nolan and his production crew, gets them into the Grand Canyon, and delivers them to the doorstep of their discovery ... Part Two, in which their experience takes a sudden turn for the worse, unfortunately fails to maintain the same high standard of storytelling ... When Part Three finally arrives, for those who are still tuned in, the answers to all our questions are revealed, and they turn out to be rather implausible but definitely strange and fantastic ... For fans of the Indiana Jones movies and television series such as Fringe, The Anomaly is great escapist entertainment for the summer cottage or those long vacation drives across the country.
Read Full Review >>
Rave Alan Keep,
Booklist Online
Rutger’s first novel follows Nolan Moore, an internet personality and 'rogue archaeologist' who hosts The Anomaly Files, a web series on the paranormal ... Nolan and his crew, along with a journalist and a representative of the foundation, travel to the Grand Canyon to investigate a mysterious lost cavern supposedly found by G. E. Kincaid around the end of the nineteenth century. As they journey deeper into the cavern and uncover more and more mysterious and bizarre artifacts ... Mixing a brisk and engaging narrative with strongly developed characters, Rutger deftly depicts the claustrophobic depths explored by the endangered expedition.
Read Full Review >>
See All Reviews >>
SIMILAR BOOKS
Fiction

Shutter
Ramona Emerson
Positive
What did you think of The Anomaly?
© LitHub | Privacy