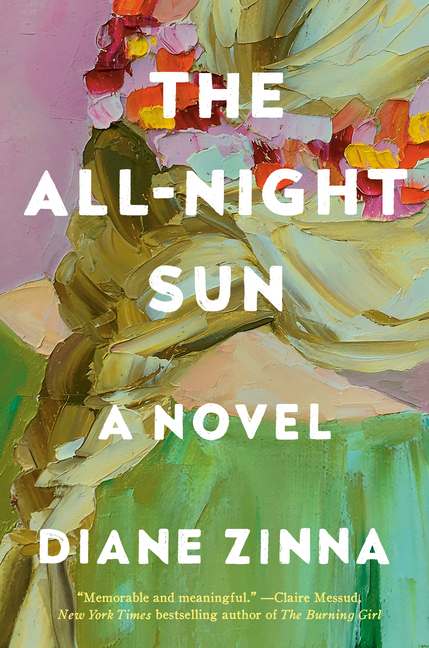 A lonely young woman gets too close to her charismatic female student in this debut, culminating in a dangerously debauched Midsommar’s Eve.

What The Reviewers Say
Rave Kaylie Seed,
The Nerd Daily
The author does an absolutely beautiful job capturing someone who is stuck in their own grief and is unable to find the means to be able to let go and move on. What is so captivating about this is that grief is so different for everyone yet Zinna is able to create Lauren, a character that readers can empathise with and understand the pain she is feeling ... research has clearly been done as Midsommar is described effortlessly while also sprinkling in Swedish words, phrases, and other parts of Swedish culture to make the reader feel like they know exactly what is being described, even if they aren’t sure of what it is themselves. The juxtaposition between grief and the use of Midsommar is brilliant as Zinna puts these two topics side by side to create endlessly exquisite and melancholy scenes with feelings of hope and heartache. Zinna knows exactly how to pull on the reader’s heartstrings ... an ode to grief from beginning to end that Zinna has written both brilliantly and breathtakingly. The author’s powerful prose paints picture after picture for the reader as they make their way through this phenomenal piece of literary fiction. It is clear to the reader the time has been taken to not only do the research about Sweden and Midsommar, but that Zinna has also effortlessly written a story that ebbs and flows so naturally ... It is clear to the reader that The All-Night Sun is a labour of love that Zinna put her entire soul into. Personally, this is the first book in over ten years that had me in tears in the end and not because I was sad, but because of how powerful, gorgeous, and ethereal the entire novel was. I cried because everything came together with precision and poise and I could feel the emotion and tears that Zinna clearly put into this work of art. I cannot wait to see what Zinna writes next, she has instantly become an author that I will automatically buy from when I hear she has written a new novel ... truly is a work of art.
Read Full Review >>
Rave Carla Jean Whitley,
BookPage
Zinna displays her deep understanding of the writing craft, born in part of her experience as a creative writing teacher and former executive co--director at AWP, the Association of Writers & Writing Programs. Her stunning debut novel is a twisting tale of grief, hope and self-deceit, a story as mesmerizing as the young women at its heart.
Read Full Review >>
Rave Holly M. Wendt,
The Rumpus
Zinna’s novel deftly weaves together the premise of the journey and the stranger through the long light of Sweden’s Midsommar and the deep shadow of grief. The novel’s central action is deceptively simple—mild-mannered adjunct professor takes ill-advised trip with a student—but its execution is gripping from the start, aptly rooted in the power of storytelling ... Lauren’s fixation on images leads her to idealize her landscapes, which Zinna handles with striking precision and transportive beauty ... The All-Night Sun does not disappoint; the interplay between the secrets the characters keep and their moments of revelatory intimacy create a striking chiaroscuro effect that is as much about the power of storytelling—its power to deceive and transgress as much as to soothe and heal—as it is about what and how we grieve.
Read Full Review >>
See All Reviews >>
SIMILAR BOOKS
Fiction

Fake Accounts
Lauren Oyler
Positive
What did you think of The All-Night Sun?
© LitHub | Privacy