The Age of Light 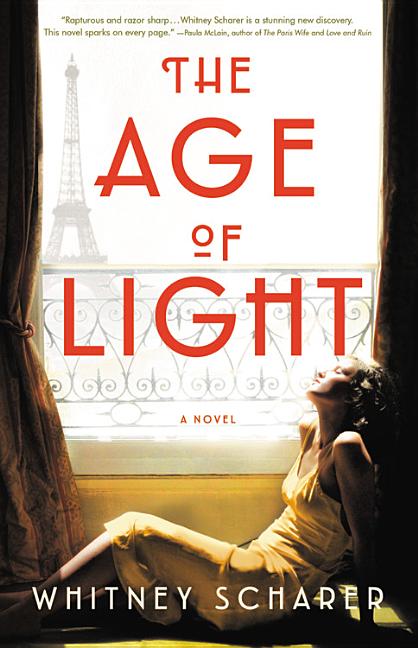 A novel inspired by the life of the Vogue model-turned-renowned photographer finds Lee Miller relocating to 1929 Paris, where she becomes the muse and colleague of the mercurial surrealist, Man Ray.

What The Reviewers Say
Rave Caroline Leavitt,
The Boston Globe
Dazzling ... offers a kind of transcendent ghost story, where the past never seems to leave the present’s side. [Scharer's] narrative moves hypnotically back and forth through time and through three very different Lees ... he book is so much about the difference in what we believe to be true and what is true, how a photograph can be absolute truth or manipulated ... Part of the heady pleasure of Scharer’s novel is the writing, which is as seductive and beautiful as her descriptions of the shimmery satin kimonos in the opium den. Juxtaposed with that flossy Paris time is the war ... An absolutely gorgeous and feminist novel about art, love, and ownership, The Age of Light’ is truly a work of art in itself, both deeply moving and thrilling.
Read Full Review >>
Positive Donna Rifkind,
The Washington Post
Readers who can’t get enough of [the 20th century Paris] milieu will be more than gratified by Whitney Scharer’s first novel, The Age of Light ... Scharer interleaves her tale with all-too-brief snippets of Miller’s later life, which was every bit as momentous as her time with Man Ray ... [Some reders] will salute Scharer for emphasizing the romantic aspects of her historical romance, wading into the sexual politics of the era and thus exposing our own.
Read Full Review >>
Positive Nell Stevens,
The Times Literary Supplement
The novel’s present-tense narration might suggest a sense of immediacy, but Scharer’s account is shot through with nostalgia: this is the 1930s Paris of our collective cultural imagination. Everything is dazzling, everyone seemingly either a genius or beautiful, or, in the case of Miller, both. Though it occasionally verges on the overblown, there is a sensory pleasure to be taken from this 'opulent world', in which opium dens are hidden behind bookcases, drunk party-goers debate art versus commerce, and everybody knows everybody ... When Ray’s sense of entitlement to Miller reaches too far, there is a cathartic joy in witnessing her react with righteous anger. The brilliance of this portrayal is in Ray’s bemusement: it had not crossed his mind that her work was not, essentially, his own.
Read Full Review >>
See All Reviews >>
SIMILAR BOOKS
Fiction

Theatre of Marvels
Lianne Dillsworth
Positive
What did you think of The Age of Light?
© LitHub | Privacy