The 7 ½ Deaths of Evelyn Hardcastle 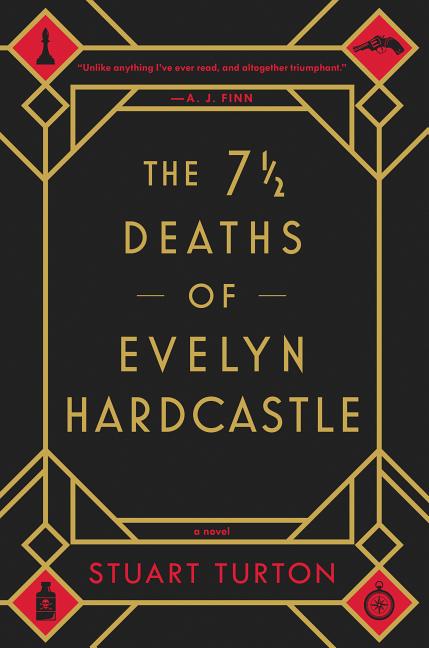 In this debut novel, Evelyn Hardcastle will die every day until Aiden Bishop can identify her killer and break the cycle. But every time the day begins again, Aiden wakes up in the body of a different guest, and some of them are more helpful than others.
Positive
Based on 11 reviews

What The Reviewers Say
Rave Carrie O\\\\\\\'Grady,
The Guardian
And what a pleasure it is to give oneself up to the book, to be met with discoveries and thrilling upsets at every turn in the labyrinth. Not only is nothing what it seems, it’s not even what it seems after it’s been revealed to be not what it seems ... But as an intellectual thriller, the book can’t be faulted, and in the end, it’s the story that triumphs, with a series of last-minute revelations as dazzling as the finale of a fireworks show.
Read Full Review >>
Rave Stephanie Harrison,
BookPage
[Turton's] debut novel, The 7½ Deaths of Evelyn Hardcastle, is a daring and wildly imaginative spin on the tried, tested and true English manor house murder mystery trope that manages to be both comfortingly familiar and absolutely unlike anything readers have ever encountered before ... Blending elements from Quantum Leap, Groundhog Day and Clue, The 7½ Deaths of Evelyn Hardcastle turns the conventional murder mystery novel on its head while simultaneously elevating the genre to new, exhilarating heights. Turton has crafted a dizzying game of cat and mouse that will keep readers on their toes as they attempt to keep up with the various loops through time and make sense of all the clues that are scattered by the various hosts over the course of the day.
Read Full Review >>
Rave Beth Kanell,
New York Journal of Books
But the basics are all in place for gothic suspense—in fact, Stuart Turton, a freelance London journalist, might as well be channeling Edgar Allen Poe or Stephen King for this compelling thriller ... This urgency turns The 7½ Deaths of Evelyn Hardcastle into a dark and intriguing thriller, a crime novel well outside the norm, and entirely memorable for both plot twists and unusual characters. Place on the stack of 'to be read twice.' Turton’s crafted a winner.
Read Full Review >>
See All Reviews >>
SIMILAR BOOKS
Fiction

The Devil Takes You Home
Gabino Iglesias
Positive
What did you think of The 7 ½ Deaths of Evelyn Hardcastle?
© LitHub | Privacy