Tell Me How This Ends Well 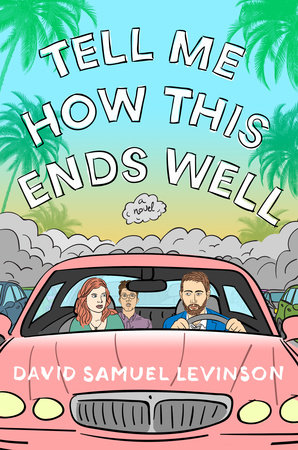 A darkly comic novel. In a near-future fraught with violent anti-Semitism, three disgruntled siblings at a family Passover in Los Angeles focus on patricide.

What The Reviewers Say
Positive Steven G. Kellman,
The San Francisco Chronicle
...no responsible reviewer would reveal how Levinson’s novel ends, only that it is fortified with surprises and, for all its slapstick props, including a dead peacock floating in a swimming pool and a Heimlich maneuver performed during a nationally televised seder, is unexpectedly affecting. For all the narrative pranks and pratfalls, the book is a moving account of the rich complexities of maternal love and the bewildering ecstasies of sibling rivalry.
Read Full Review >>
Positive Carlo Wolff,
The Pittsburgh Post-Gazette
...[a] flawed but largely successful novel ... Mr. Levinson’s book, part social commentary, part sitcom, is topical and timely. And even if its set-up can seem far-fetched, the intertwined worlds of family and the larger community are credible. In addition, even when the story lags — Mr. Levinson occasionally launches dead-end subplots — he is pretty funny, and acutely aware of the reality television aspect of his plot ... Consider this shtick with depth.
Read Full Review >>
Mixed Dan Einav,
The Financial Times
... it’s at its most compelling in passages where the siblings open up to one another about painful episodes from their shared past. It’s a shame then that his prose is so prolix — any serious meditations on abuse and the 'ethics' of murder are soon diluted by Levinson’s superficial attempts to satirise anti-Semitism, Jewish-Germanic relations and LA vanity.
Read Full Review >>
See All Reviews >>
SIMILAR BOOKS
Fiction

The Deceptions
Jill Bialosky
Positive
What did you think of Tell Me How This Ends Well?
© LitHub | Privacy