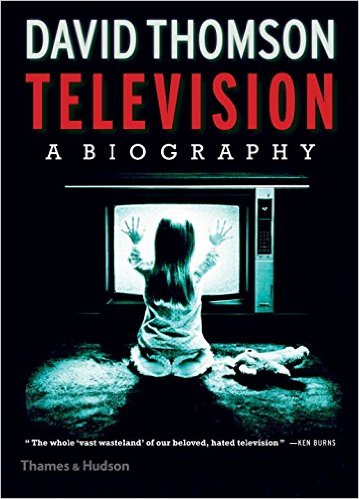 Thompson offers a personal celebration of his particular fascinations and a provocative consideration of the ways in which the very mechanics of the medium affect the audience, both as individuals and as a mass culture.

What The Reviewers Say
Positive Neal Justin,
The Minneapolis Star Tribune
...there are moments where you wonder if he'd rather be scrubbing toilets then sitting in front of the tube. Despite his occasional pouts the British author presents readers with one clever observation after another ... Thomson may not be the most enthusiastic consumer, but he's among our most thought-provoking, which makes this dense but highly readable collection of essays a sturdy companion to your yellowing back copies of TV Guide.
Read Full Review >>
Positive Peter Conrad,
The Guardian
...[an] engagingly anecdotal, excitingly speculative survey ... When Thomson reaches the present, his gratitude for the affable, sociable medium has to struggle against an elderly pessimism. He comes back repeatedly to the threat posed by Donald Trump, reacting to him sometimes with contempt and sometimes with dread.
Read Full Review >>
Positive Diane Werts,
Newsday
This jauntily opinionated 'biography' delivers less chronology than casemaking from its prolific British-born author. But Thomson’s examination of the medium and its messages will drop decades of names/titles through its many chapters on enduring genres and changing tropes. He doesn’t overlook 'the ordinary, casual pleasure' of watching TV, but fears its accrued impact. His arguments vividly deconstruct specific moments, from M*A*S*H to Ricky Gervais’ Golden Globes to — wait for it — Donald Trump.
Read Full Review >>
See All Reviews >>
What did you think of Television: A Biography?
© LitHub | Privacy