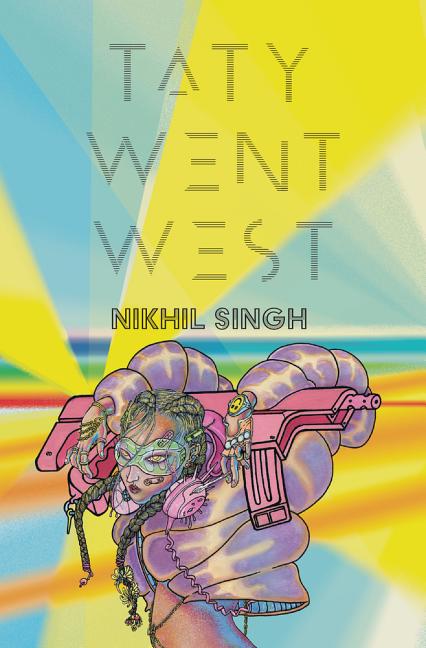 A teenage runaway gets kidnapped and must confront inner and outer demons in a chaotic world full of evangelizing robot nuns, Buddhist punks, and the ominous Dr. Dali.
Positive
Based on 4 reviews

What The Reviewers Say
Positive Tobias Carroll,
Tor.com
What happens when you take someone familiar and place them in an utterly alien setting? Taty Went West is, in its own way, a series of variations on that theme of contrasts: the known world meeting the impossible world; the transcendental colliding with the sordid; the speculative meeting the delirious. In Taty Went West, a robot can evoke the divine, and a monstrous presence can be the agent of liberation. This is a novel that abounds with contradictions, taking them to absurd ends ... Singh has endeavored to combine theoretically incompatible strands of literature: the picaresque blended with New Wave science fiction blended with absurdist comedy blended with realistic looks at trauma and its aftereffects. Does it all neatly flow together? No, but the risks that Singh takes here succeed more often than not, and the result is a deeply singular and highly compelling literary debut.
Read Full Review >>
Positive Rachel Colias,
Booklist
Fans of postapocalyptic settings, deranged characters, and mind-bending storytelling will love this Alice in Wonderland–esque joyride of a book. Singh moves the story so quickly that it should come with a whiplash warning.
Read Full Review >>
Mixed Niall Harrison,
Locus
It’s a story of invasion and trans­formation, and its mode is excess: memorable set-piece imagery, showy exploitation, and sometimes questionable taste ... Singh’s style is lav­ish, as excessive as the situations and actions it describes; narrative is something that happens to the characters every so often, in between descriptions, rather than being driven by the characters. While many of those descriptions are good, fresh and unexpected, without warn­ing they veer into the cartoonish or questionable ... There aren’t that many SF novels being published with quite this level of commitment to sheer unironic pulpy invention, and taken at that level Taty Went West verges on the heroic, but it’s never a comfortable reading experience, and doesn’t always feel quite thought-through enough: it is perhaps ultimately a little more inva­sive than transformative.
Read Full Review >>
See All Reviews >>
What did you think of Taty Went West?
© LitHub | Privacy