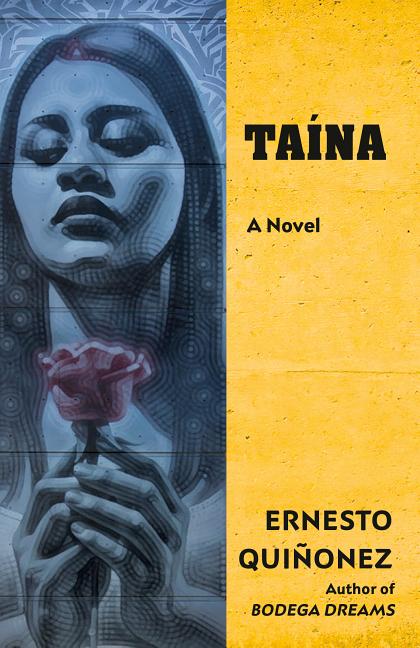 When Julio, a teenager living in Spanish Harlem, hears that Taína, a pregnant fifteen-year-old from his high school claims to be a virgin, he decides to believe her. Julio's blind and unrequited love for Taína will unleash a whirlpool of emotions that will bring him to question his hard-working Puerto Rican mother and his communist Ecuadorian father, his beliefs and even the building blocks of modern science.
Positive
Based on 4 reviews

What The Reviewers Say
Positive Russell Contrera,
AP News
With his latest work...the Spanish Harlem-raised novelist takes a big swing to pay homage to Puerto Rican literature and Nuyorican history while crafting a captivating tale amid gentrification, perseverance and inequality set in one of the most famous Latino neighborhoods in the world ... the power of Taina comes from Quinonez bringing to life characters from previous work of Puerto Rican literature and popular culture in a new work ... In his own way, Quinonez is connecting Nuyoricans to a Puerto Rican artistic diaspora and yelling, 'we matter, our stories matter.' He’s right. These stories matter. So does this one.
Read Full Review >>
Positive Sara Martinez,
Booklist
In Quiñonez’s beautiful and weird little novel, teenage Julio, of Puerto Rican and Ecuadorian descent, navigates Spanish Harlem to help the young woman he’s obsessed with ... Quiñonez’s pitch-perfect portrayal, enlivened with elements of magic realism and reaching into the spirit world, weaves multiple layers and crisscrossing lines of generational, cultural, political, religious, and economic conflicts from the past and present, making Taína an enlightening and redeeming read.
Read Full Review >>
Positive Kirkus
A lively third installment in a series of novels...set in Spanish Harlem by Ecuadorian-born novelist Quiñonez ... Parts of his story seem almost afterthoughts, parts a little too reminiscent of García Márquez, but Quiñonez brings his imaginative tale to a graceful resolution. An engaging work blending pop culture, magical realism, and spirited writing.
Read Full Review >>
See All Reviews >>
SIMILAR BOOKS
Fiction

Mount Chicago
Adam Levin
Mixed
What did you think of Taína?
© LitHub | Privacy