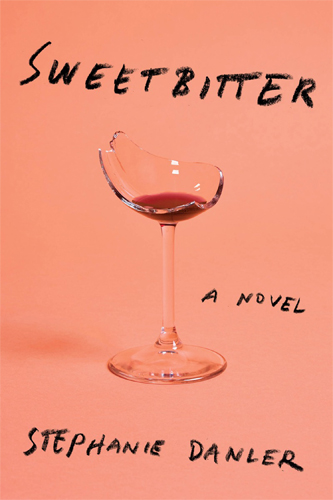 Twenty-two, and knowing no one, Tess leaves home to begin her adult life in New York City. Thus begins a year that is both enchanting and punishing, in a low-level job at 'the best restaurant in New York City.'
Positive
Based on 13 reviews

What The Reviewers Say
Rave Karen Heller,
The Washington Post
The book is true to its title: a smart, delicious, coming-of-age tale about a young woman already drunk on the idea of New York before her true education begins. And, yes, I devoured it. Better yet, the novel doesn’t flail at the end, the sinkhole of many writers, novice and veteran ... Sweetbitter is not a story of love but of lust and abandonment and thrashing about to satisfy appetite in inappropriate places. The triangle formed by Simone and Tess and Jake is bound for ruin. Rather than a romance, Danler has created something far more interesting: a sexy, sweaty book of sensory overload.
Read Full Review >>
Positive Gabrielle Hamilton,
The New York Times Book Review
Stephanie Danler’s first novel, Sweetbitter, is the Kitchen Confidential of our time, written from the cleaner and infinitely more civilized front-of-the-house perspective...It would be a tired story if it weren’t so, well, for one thing true and for another so brilliantly written. A coked-out girl who sees the sun come up as many times as Tess does might cause her writer to run out of metaphors for unwelcome daybreak — 'a dagger of morning prowled outside the open windows,' 'sunrise came like an undisclosed verdict' — but Danler never does, and her description of the panic of the unannounced health department inspection was so engrossing to read, I missed a flight even though I had already checked in and was waiting at the gate.
Read Full Review >>
Positive Annalisa Quinn,
NPR
Sweetbitter is a young person's novel, full of the joyful pain that comes from almost-having, a feeling like happiness that would disperse if the object were actually caught...When people mention purple writing, they mean something saturated and embarrassing: something that tries too hard, wants too much, doesn't play it cool. This is a book that tries hard, really hard in a way that is tempting to dismiss; it is voluptuous writing, ripe approaching 'the precipice of rot.' It balances on the edge of too much, too strong, too sentimental, too dramatic, too overdrawn or overwritten. But it works, because that is what it feels like to be young and in a big city: like it's too much, and at the same time not nearly enough.
Read Full Review >>
See All Reviews >>
SIMILAR BOOKS
Coming Soon